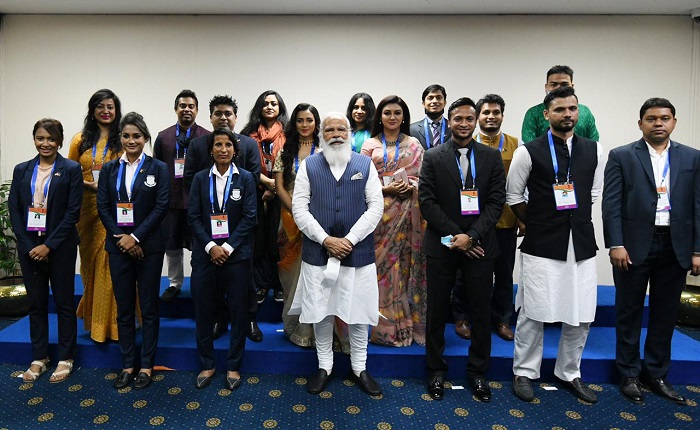 Hours after arrival of Modi in Dhaka on Friday, they called on him at Pan Pacific Sonargaon Dhaka.

Jaya Ahsan, a Bangladeshi actress having popularity in India too, includes the group of young achievers to have made the courtesy call on.