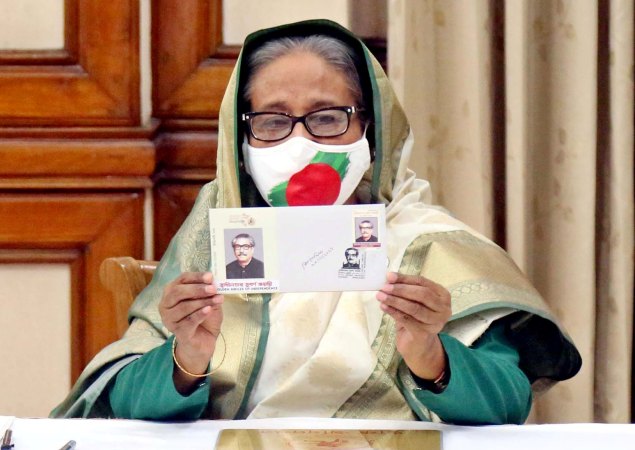 She released the stamps of Taka 10 and the first-day covers at her official Ganabhaban residence this morning. Two special cancellers were used on the occasion.

Secretary of the Posts and Telecommunications Division Md. Afzal Hossain and Director-General of the Directorate of Posts of the Bangladesh Post Office Md.Siraz Uddin were present on the occasion, among others.

The stamps and first-day covers would be sold from Philatelic Bureau of Dhaka GPO from today and those would be available at other GPOs and head post offices across the country, later.

There is also an arrangement for special cancellers in four GPOs to be used for the first-day covers.