Modi due Friday as main attraction of 10-Day celebration 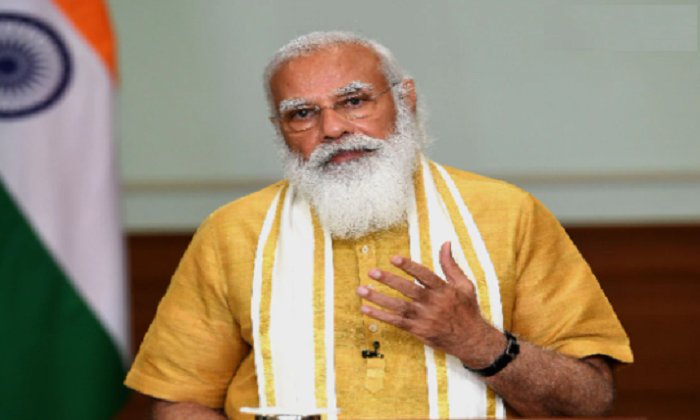 Indian Prime Minister Narendra Modi, the main attraction of the ongoing twin mega celebrations, will arrive here on Friday as the two countries plan for taking the time-tested historical relations to a new height with focus on all areas of cooperation.

Briefing reporters at the Foreign Service Academy on Wednesday, Foreign Minister Dr AK Abdul Momen said the biggest attraction is “Mujib Borsho” and 50 years of Bangladesh’s Independence and the visit will mainly focus on the joint celebrations.

He said they are still in negotiations and a number of MoUs have been finalised on major issues. “I can’t tell the exact number at this moment.”

Responding to a question on Teesta issue, the Foreign Minister said the two countries agreed on signing the Teesta Water sharing deal in 2011 but it could not be signed, delivered and implemented. “You know the reason.”
He said they always remain hopeful that the Teesta deal will be signed one day.

During the virtual Summit in December last year, Prime Minister Sheikh Hasina highlighted the need for early signing of interim agreement for sharing the Teesta waters, as agreed upon by both the governments in 2011.

Indian Prime Minister Narendra Modi reiterated India’s sincere commitment and continued efforts of the government of India to that end.

Foreign Minister Dr Momen said they are working to make the relations stronger saying any issue can be resolved if the relations remain good.

He said Bangladesh and India share 54 common rivers and they are now discussing on six major rivers apart from Teesta.

Prime Minister Modi is scheduled to arrive on Friday morning by a special flight on a two-day official visit. Prime Minister Sheikh Hasina will receive her Indian counterpart upon his arrival in Dhaka.

The Indian Prime Minister will receive 19 gun salutes and will be given the guard of honour.

He will visit National Martyrs Memorial at Savar and Bangabandhu Memorial Museum at Dhanmondi in the city to pay tributes to Liberation War martyrs and Father of the Nation Bangabandhu Sheikh Mujibur Rahman.

Modi will place wreaths and plant sapling at the National Martyrs Memorial and will sign visitors’ book there.

He will also place wreaths on the portrait of Bangabandhu at Bangabandhu Memorial Museum and sign the visitors’ book there.

The Indian Prime Minister will attend the National Parade Ground programme on Friday afternoon. President Abdul Hamid and Prime Minister Sheikh Hasina, among others, will join.

Modi will have one-to-one meeting with his Bangladesh counterpart and will hold bilateral talks at the Prime Minister’s Office. He will also meet President Abdul Hamid at Bangabhaban.

The Indian Prime Minister is scheduled to visit Orakandi temple and Jeshoreshawri temple by helicopter, according to his tentative programme schedule.

The Indian Prime Minister is scheduled to leave Dhaka on Saturday evening.

Khadi, the heritage fabric of India, is all set to catch eyeballs during Prime Minister Narendra Modi’s two-day visit to Bangladesh on March 26 & 27.

Khadi and Village Industries Commission (KVIC) has supplied 100 custom-designed “Mujib Coats” that will be the attire of dignitaries during the visit of the Prime Minister of India.

“Mujib Coat” is famed as the signature garment worn by Father of the Nation Bangabandhu Sheikh Mujibur Rahman.

As Bangladesh celebrates “Mujib Borsho”, the birth centenary of Sheikh Mujibur Rahman, Indira Gandhi Cultural Centre of the Indian High Commission in Dhaka, had placed an order for 100 Mujib coats, ahead of Modi’s visit.

The specially designed Mujib coats have been made of high quality handcrafted Poly Khadi fabric.

The black Mujib coats have been designed with 6 buttons, two pockets on the lower half and a front pocket on the left, as worn by Bangabandhu.

These coats will be carried in specially designed plastic-mixed handmade paper carry bags made at KVIC’s Kumarappa National Handmade Paper Institute (KNHPI) in Jaipur, according to the Press Information Bureau of India.

KVIC Chairman Vinai Kumar Saxena said, “Mujib coat is historically significant in Bangladesh, and it’s a matter of great pride that Mujib coats made of Khadi will be adorned during the Bangladesh visit of Prime Minister Narendra Modi, who is the biggest brand ambassador of Khadi”.

Saxena said, “Mujib coat is an immensely popular outfit in Bangladesh. For the older generation Mujib coat is symbolic of the ideology of great leader Sheikh Mujibur Rahman while it has increasingly become a fashion statement for the youths of Bangladesh."

"Likewise, Khadi, the heritage fabric of India, is a unique blend of tradition and fashion. Mujib coats made of Khadi will add significantly to the historical and cultural values of the celebrations," he said.

This will also promote Khadi on the global and diplomatic platform in a big way, he added.