How captivity saved these animals from extinction 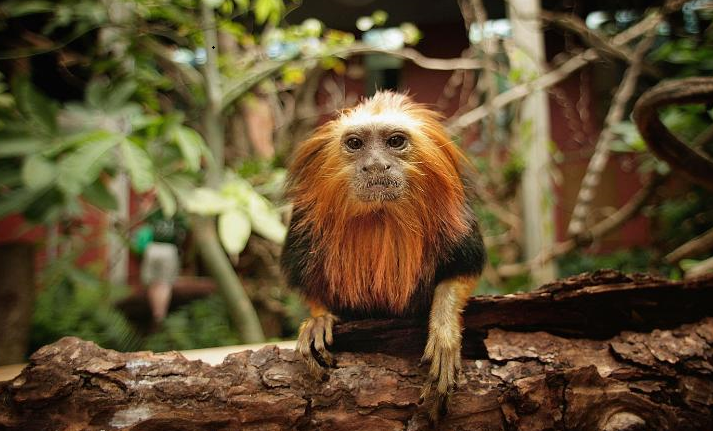 A 130-year-old tortoise made headlines earlier this year, when it emerged that his prolific sex life had helped save his entire species from extinction in the wild.

"Diego" helped boost a dying tortoise population to over 2,000 after he was shipped from San Diego Zoo to the Galapagos Islands. The amorous reptile was part of a captive breeding program -- initiatives where endangered animals in zoos or other facilities are encouraged to reproduce, with the aim of releasing the offspring in the wild to revive populations that are on the brink.

Global wildlife populations have fallen by an average of 68% in just over four decades, the World Wildlife Fund warned in a report released last week.

As species around the world face growing pressures from habitat loss, climate change and the illegal wildlife trade, captive breeding programs are becoming increasingly common, according to Lesley Dickie, CEO of the Durrell Wildlife Conservation Trust, a UK charity founded to save species from extinction.

Find out more about Call to Earth and the extraordinary people working for a more sustainable future
Dickie says these programs provide a last-ditch option to save a species that has become extinct in the wild, or whose numbers are too small to sustain a wild population.

But successful captive breeding isn't straightforward. There is a danger that removing animals from their natural habitats will harm the remaining wild population, reducing its genetic diversity and decreasing its survival rates. Inbreeding can be a problem, and captive animals can introduce infectious diseases into the wild.

Another challenge is making sure that animals released into the wild know how to fend for themselves in unfamiliar surroundings, according to Rachel Plotkin, a wildlife expert at the David Suzuki Foundation, an environmental organization based in Canada.

She adds that breeding initiatives may not work unless they are combined with addressing the habitat degradation that is often the root cause of a species' decline.

But she and Dickie agree that some species simply would not exist in the wild today without the efforts of these programs. Here are six examples of species that have recovered, thanks to captive breeding. 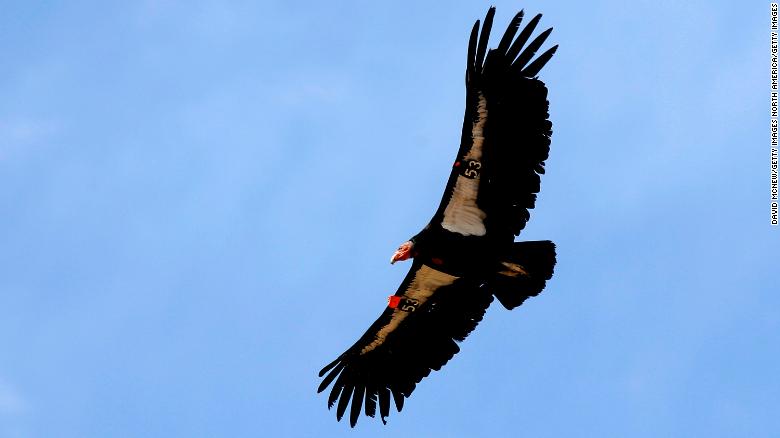 The California condor, a magnificent vulture with a 3-meter wingspan, was almost wiped out in the 1980s. A combination of hunting, accidental poisoning, and the toxic pesticide DDT decimated populations until there were fewer than 30 California condors left in the wild. The birds were captured and taken to zoos and in 1988, the first zoo-bred condor chick hatched at the San Diego Wild Animal Park (now the San Diego Zoo Safari Park). Four years later, captive-bred condors began being released into the wild and there are now thought to be around 330 birds flying free across the United States. 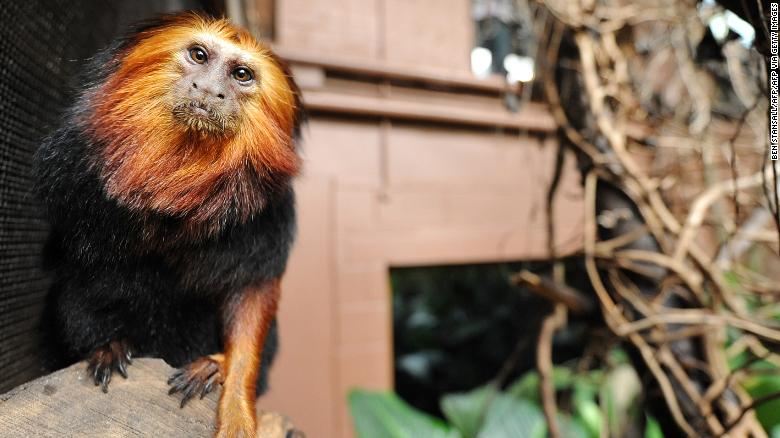 In the 1960s and 70s, this small monkey, found only in Rio de Janeiro state, Brazil, was driven to the brink of extinction. A combination of deforestation and the pet trade reduced the population to just a few hundred individuals, until nearly 150 zoos joined forces to save the species. They started a global captive breeding program which, together with efforts from Brazilian conservationists to protect its forest home, has helped increase the number of wild golden lion tamarins to more than 3,500. 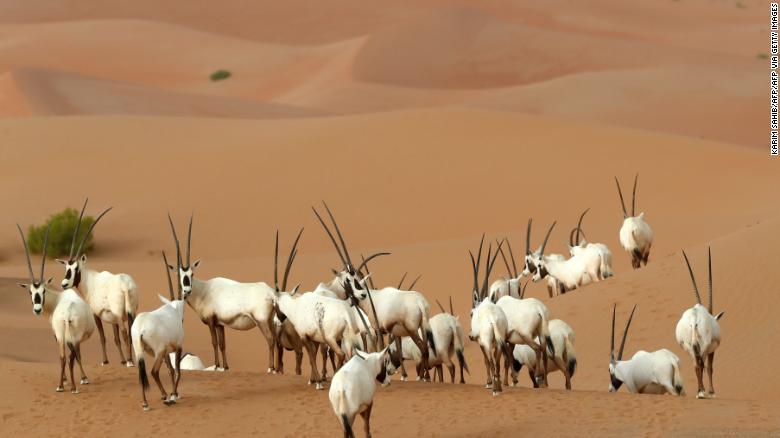 This antelope with long, straight horns and distinctive facial markings once roamed all over the Arabian Peninsula. But by the early 1970s, the Arabian oryx was hunted to extinction in the wild. With oryx numbers already declining, in the early 1960s the Fauna Preservation Society launched Operation Oryx to save the species. Starting out with just nine oryx captured from the wild, Phoenix Zoo, in the US, led a successful captive-breeding program.

As the breeding program expanded, in the early 1980s Arabian oryx were reintroduced into the deserts of central Oman. There are now over 1,000 living in the wild, with the species reintroduced to Saudi Arabia, Jordan and the United Arab Emirates. The oryx has been downgraded from endangered to vulnerable, the result of a conservation effort that involved multiple governments, zoos and conservation organizations. 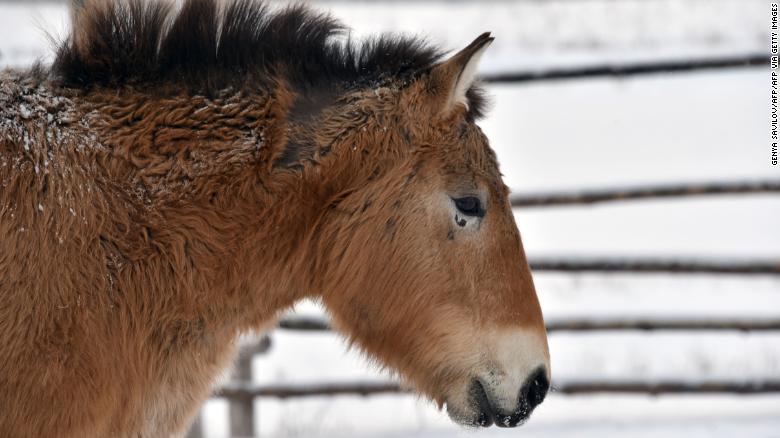 A distant relative to the common horse, this short, stocky wild horse used to roam the grasslands of central Asia, but habitat loss and hunting meant that by the 1960s it was extinct in the wild.

A few Przewalski's horses remained in zoos around the world and in 1977, the Foundation for the Preservation and Protection of the Przewalski's Horse began an exchange of the horses between zoos, in an effort to improve genetic diversity.

In 1992, 16 horses were released into the wild in Mongolia, and they have since been introduced to China and Kazakhstan. A population even lives in the Chernobyl Exclusion Zone, the site of a notorious nuclear power plant accident.

They are now classified as endangered, with an estimated 2,000 living in the wild. According to San Diego Zoo, which has led breeding efforts, all Przewalski's horses alive today are descended from 14 individuals captured at the start of the 20th century.

Scientists recently cloned a Przewalski's horse for the first time, with the hope of improving genetic diversity in the wild population. 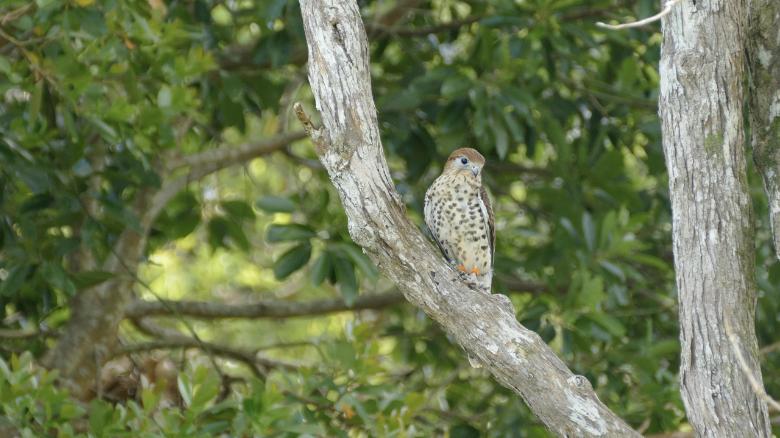 In 1974, the Mauritius kestrel was the rarest bird in the world. Habitat loss, overuse of pesticides and the introduction of non-native species meant that there were just four individuals left in the wild. A captive breeding program in its only natural habitat, the African island of Mauritius, successfully removed kestrel eggs from nests in the wild and hatched them in incubators.

The reintroduction of the birds into the wild allowed the population to grow to around 800 in the 2000s, but reintroductions stopped in the 1990s and kestrel numbers are now declining. With only around 200 individuals in the wild, the kestrel is now listed as endangered. 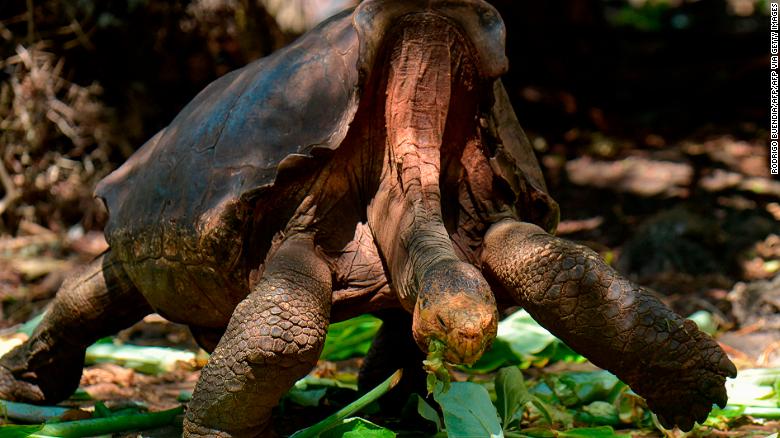 In the 1960s, the giant tortoise population on Española, one of the Galapagos Islands, off the coast of Ecuador, was reduced to just 15 individuals. In the 1960s and 70s, all the surviving tortoises were taken to a captive breeding center on the nearby island of Santa Cruz with the aim of repopulating the species.

Since then, more than 2,000 tortoises bred at the center have been returned to their native island. Diego, who was transferred from San Diego Zoo to Santa Cruz island to join the breeding program, is believed to have fathered around 800 tortoises -- 40% of today's population. Estimated to be around 130 years old, Diego recently moved back to his home island of Española.