Despite setbacks, Bangladesh continues to flourish under Hasina's leadership: Rajapaksa 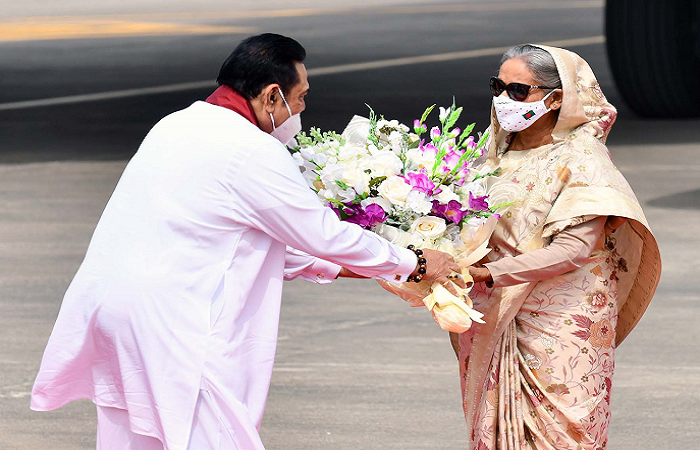 Sri Lankan Prime Minister Mahinda Rajapaksa on Friday said the inspiring journey that the people of Bangladesh had undertaken from poverty and natural disasters in the past half century is a testament to a prosperous nation in the making.

Despite setbacks, Rajapaksa said, Bangladesh continues to flourish under Prime Minister Sheikh Hasina’s able leadership. “That’s the best honour in the name of your esteemed father.”

He said Bangladesh is considered one of the key emerging economic power houses in South Asia.

"It remains an important trading and investment partner for my country,” Rajapaksa said, adding that the exchanges between the two countries have continued to grow rapidly during the last few decades.

The Sri Lankan Prime Minister made the remarks while addressing at the event celebrating the birth centenary of Father of the Nation Bangabandhu Sheikh Mujibur Rahman and the Golden Jubilee of Bangladesh’s Independence at the National Parade Ground as the guest of honor. 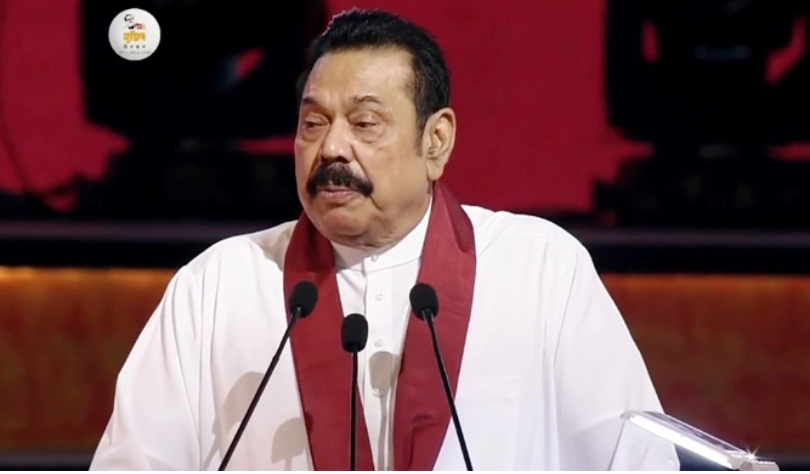 Rajapaksa said Prime Minister Hasina’s proposal to promote a “Blue Economy” in the Bay of Bengal continues to inspire their approach on maritime affairs.

“The great stride Bangladesh has made in the field of agriculture attracts great attention in Sri Lanka,” he said.

In addition to playing an active role through the SAARC Agriculture Centre in Dhaka, Bangladesh continues to provide training and capacity building for our institutions, he said seeking Hasina’s indulgence to share closer cooperation in this field.

Despite many challenges posed by the COVID-19 pandemic, Rajapaksa said he joined in person today with the message of solidarity from the people of Sri Lanka.

“The friendly relations between our two countries have a long history. Many scholars believe that the first migrations from Bengal arrived in Sri Lanka through maritime routes as far back as 2,500 years ago,” he said.

It is also believed that Sri Lanka and Bangladesh had vibrant trade exchanges since 6th Century BC. Quite naturally, Sri Lanka was one of the first countries to establish diplomatic relations with the new nation of the People’s Republic of Bangladesh in 1971.

Rajapaksa said the people of Bangladesh are celebrating two historic events and both are worthy of celebration.

He said Bangabandhu Sheikh Mujibur Rahman was a person of principles who dedicated his entire life for the Bengali people, their language and their well-being. “He was determined to continue his freedom struggle until the creation of a new nation of “Bangladesh” in 1971.”

“Unfortunately, he could not live to realise the dreams he nurtured for his beloved country,” Rajapaksa said.

He said he understands the agony of the immense loss that occurred on Aug 15, 1975. “On that day, the nation lost a hero and the Father of Independence. At the same time, a beloved daughter lost her parents and siblings.”

“In this 21st century, with the great aspirations for Asian prosperity, our new generations need to be aware of the countless sacrifices made by their fore-fathers to achieve freedom,” he said.

As a neighbour and a close friend, he said, Sri Lanka stands side by side with Bangladesh to achieve greater freedom and prosperity. “Our objectives of economic transformation, eradication of poverty and achieving the Sustainable Development Goals remain key priorities in the middle of great challenges.”

Bangabandhu Sheikh Mujibur Rahman said “Bangladesh is fertile and endowed with plenty. Few countries in the world have the kind of fertile land that we have.”

“The geographical locations of our two countries provide ample opportunities for us to enhance closer maritime, shipping, trade and people-to-people contacts,” Rajapaksa said.

The Sri Lankan Prime Minister extended his heartfelt compliments and sincere and warm wishes to Prime Minister Hasina, her government, and the people of Bangladesh.

Was honored to speak as the guest of honor at an event that holds a paramount of historic significance for #Bangladesh. 2021 is a special yr that celebrates both, the Birth Centenary of the founder of Bangladesh, Bangabandhu Sheikh Mujibur Rahman, & 50 years of Independence pic.twitter.com/A0ZYF5ZJet