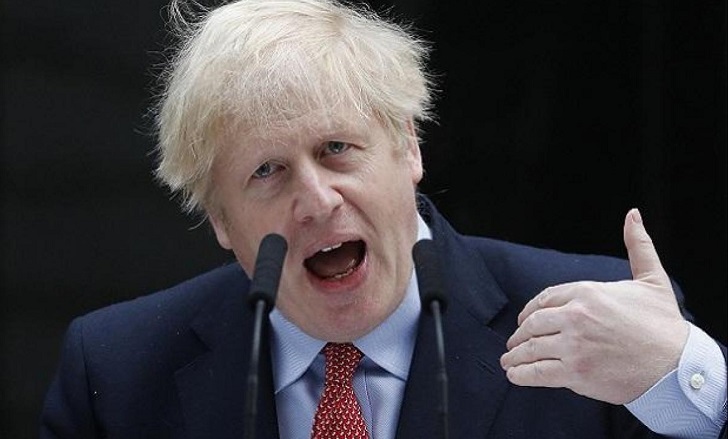 United Kingdom Prime Minister Boris Johnson has announced that his government will build more nuclear weapons and expand its presence in the fields of space and cyberspace to counter challenges posed by China.

According to media reports, the British government wants to increase defense spending by 24 billion euros over the next four years, a large increase on the 42.2 billion euros spent in 2019-20.

Describing Beijing as the ‘biggest state-based threat to the UK’s economic security, PM Johnson, in a review of British military and foreign policy on Tuesday, said: “China’s increasing power and international assertiveness is likely to be the most significant geopolitical factor of the 2020s.”

After the report was released, Johnson in Parliament criticised China for its mass detention of Uyghur people in Xinjiang province and treatment of democracy advocates in Hong Kong and also said that London must work with Beijing to solve global issues.

“There is no question that China will pose a great challenge to an open society such as ours, but we also work with China where that is consistent with our values and interests including building a strong and positive economic relationship and in addressing climate change,” Johnson said.

The report proclaimed Russia as Britain’s top security challenge, while also focusing on research and development for science and technology, climate change, and the COVID-19 pandemic.

“Russia is the most acute threat in the region and we will work with NATO Allies to ensure a united Western response, combining military, intelligence, and diplomatic efforts,” the report said.

Britain will also revamp its overseas military installations in places like Singapore, Oman, Kenya, and Gibraltar.

“By strengthening our armed forces we will extend British influence while simultaneously creating jobs around the United Kingdom, reinforcing the union and maximizing our advantage in science and technology,” Johnson said.

“Conservative governments have spent 10 years turning a blind eye to human rights abuses whilst inviting China to help build our infrastructure. Now that basic inconsistency is catching up with them,” he said.