G7 says it will not recognise Russia's 'occupation' of Crimea 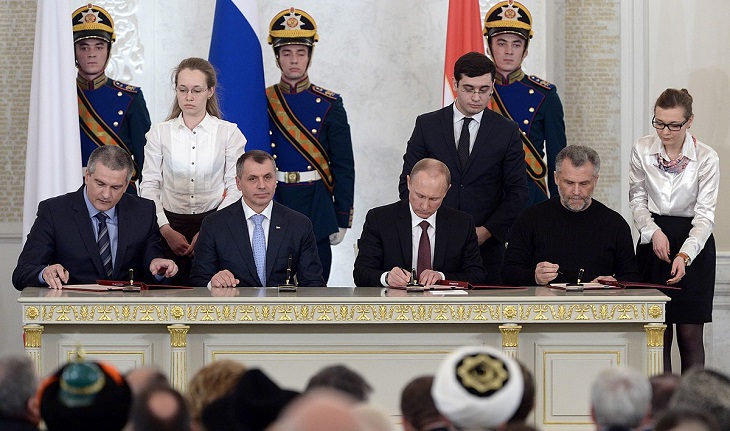 The G7 group of leading nations warned Moscow on Thursday that they would not accept Russia's annexation of the Crimean peninsula from Ukraine, in a statement marking the seventh anniversary of a takeover they deem illegal.

"We unequivocally denounce Russia's temporary occupation of the Autonomous Republic of Crimea and the City of Sevastopol. Russia's attempts to legitimise it are not, and will not, be recognised," it said.

"We call on Russia to respect its international obligations, allow access to international monitors, and to immediately release all those who are unjustly detained," it added.

The warning comes as a flare-up of fighting in Ukraine's east against Russian-backed separatists has undermined a ceasefire brokered last year.

Ukrainian President Volodymyr Zelensky on Tuesday called last week for a summit with European countries and floated a direct meeting with Russian leader Vladimir Putin in a bid to halt the violence.

Ukraine and its Western allies accuse Russia of sending troops and arms to support the separatists, though Moscow denies the claims, blaming the recent uptick in fighting on Ukrainian forces.

Tensions between Moscow and Washington also spiralled into a diplomatic crisis this week after President Joe Biden said Putin would "pay a price" after US officials determined that Russia attempted to sway the recent American presidential election.

Biden also described Putin as a "killer," prompting Moscow to recall its US ambassador.