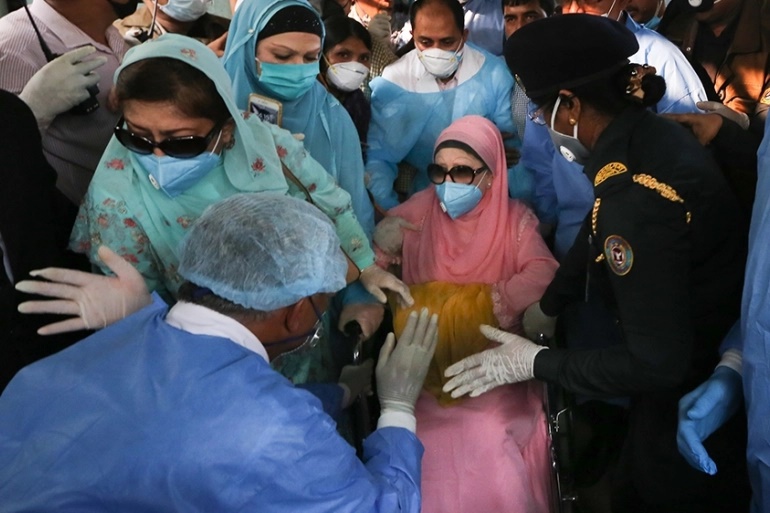 Home Minister Asaduzzaman Khan Kamal has said BNP Chairperson Khaleda Zia, who was freed after her sentence was suspended, can receive treatment of any hospital of the country staying at home.

Home Ministry’s security service division issued a gazette notification on Monday as the government has extended a freeze on the jail sentences of BNP Chairperson Khaleda Zia by six months in two corruption cases.

The health minister talked to journalists in this regard.

Asaduzzaman Khan said, “The premier had suspended BNP Chairperson Khaleda Zia’s sentence for six months following an appeal by her brother for treatment. Khaleda Zia’s sentence was suspended for six months on condition that she can receive all kinds of treatment staying at home, but cannot go abroad.  Few days ago, Khaleda Zia’s brother Shamim Iskander came to us and prayed for further extension. Responding to that petition, the premier extended time for more six months. As a result, Khaleda Zia can receive treatment from her residence. This directive will be applicable from March 25.”