China summons UK ambassador for her ‘arrogant article’ on media freedom, diplomat pushes back: Here is what transpired 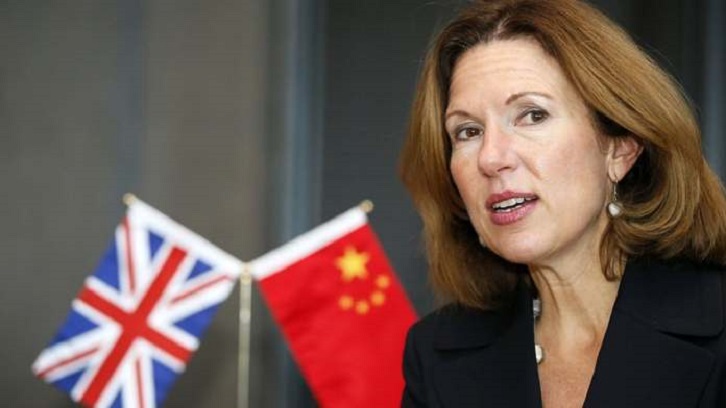 Britain’s ambassador to China was summoned by the Chinese foreign ministry to chastise her for an article she wrote defending the recent international media coverage on the country.

Caroline Wilson, the UK ambassador had penned a scathing article which she posted on the British embassy’s official WeChat account last week. In the article, Wilson contended that foreign media were misrepresented in China and that their criticism of Chinese authorities did not mean that they hated China. She underscored her point by illustrating how British media criticised the British government.

The article came in the wake of already tense relations between Beijing and London over the sweeping new security law passed by China in Hong Kong, including China’s genocidal crimes in Xinjiang and its clampdown against foreign media outlets.

After China summoned Wilson over her post, the British Ambassador took to Twitter to reiterate her stand.

British ambassador pushes back, says she stands by her article

“I stand by my article,” she said. “No doubt the outgoing Chinese ambassador to the UK stands by the 170+ pieces he was free to place in mainstream British media,” added Wilson, referring to Liu Xiaoming, who was based in Britain for around 11 years before leaving the country in January and who had extensively written articles that were published in various British media outlets.

In her article, Wilson sought to explain that the criticism of the Chinese government by the foreign media organisation did not mean that the journalists did not like China, but were, in fact, acting in “good faith” and playing a proactive role in monitoring government action.

She also added that the British journalists have all the freedom to ask piercing questions of their legislators while in China they are muffled by the Communist regime if they ask questions of public importance. While some Chinese news outlets did run some critical reports, but unlike the foreign media, they can only report critically under the supervision of the government, she said.

Though the article was not deleted from WeChat as of Thursday, it can longer be shared or reposted.

China summons Caroline Wilson for her article on media freedom

The article, nonetheless, raised the hackles of the Chinese foreign ministry and it summoned Wilson to issue “stern representations” over the “biased” and “inappropriate” article, saying it was “full of arrogance”. “The whole article is full of… ideological prejudice… and is seriously inconsistent with the status of diplomats,” it referenced the department’s head as saying.

Wilson’s article came on the heels of a ban imposed by China on BBC World. Last month, Beijing banned BBC World News from television networks in mainland China after finding it had committed “serious violations” and “undermined China’s national unity”.

The retaliatory move came a week after Britain’s media regulator Ofcom revoked the U.K. broadcast license for China’s state-backed CGTN network after deeming it to be insufficiently editorially independent from Beijing.

China had cited a series of reports broadcasted by the BBC alleging human rights abuses against Uyghur Muslims in China’s Xinjiang region, an allegation that Beijing staunchly denies even in the face of incriminating evidence.

Besides, escalating its crackdown against the BBC, China recently slammed the reports aired by BBC Radio 4, refuting them and condemning them as groundless accusations against it on issues related to COVID-19, diplomacy and other matters.

China had taken umbrage to BBC’s report titled “The Disinformation Dragon” in which the British broadcaster criticised Beijing over COVID-19 origin-tracing, Chinese diplomat’s “Wolf-Warrior” diplomacy, Tiktok, and Internet security and censorship in China.