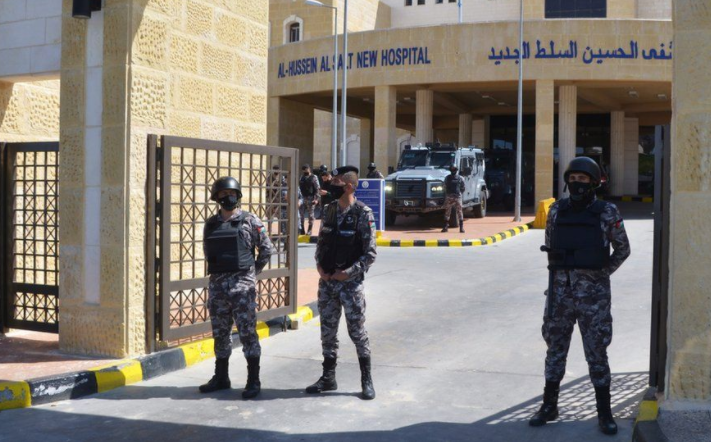 Jordan's health minister has resigned after six people died due to a lack of oxygen at a hospital ward treating Covid-19 patients, state media report.

The deaths were reported early on Saturday at a new government facility in the town of Salt, about 14 miles (23km) west of the capital, Amman.

Prime Minister Bisher al-Khasawneh had asked Health Minister Nathir Obeidat to step down over the incident.

Police were sent to the hospital after dozens of relatives turned up.

The oxygen shortage, which lasted for about an hour, reportedly also affected intensive care and maternity units at the facility, although there were no reports of fatalities on those wards.

It is not yet clear why there was an oxygen shortage and an investigation is under way, Mr Obeidat said. The health minister had earlier said he felt a "moral responsibility" for what had happened.

A forensic doctor at Jordan's health ministry, Dr Adnan Abbas, told Petra news agency that all six patients who died on Saturday were being treated for coronavirus.
Dozens of relatives whose family members were receiving treatment at the Salt hospital turned up at the facility following the news, but were prevented from entering by police and security personnel.

One relative, Fares Kharabsha, said he was inside the hospital when the incident occurred and saw staff carrying portable oxygen devices to patients, AP news agency reported.

"They resuscitated a large number of people, including my father and mother," he said, adding: "I saw people who died."

The country has so far reported more than 460,000 cases of Covid-19 and 5,224 coronavirus-related deaths since the start of the pandemic.

Jordan has stepped up measures to reduce the spread of the virus in recent weeks as cases have steadily increased since late January.

Restrictions include overnight curfews at weekends, which prevent prayers inside mosques and masses in churches.

The country, which has a population of about 10 million, began its vaccination programme in January.