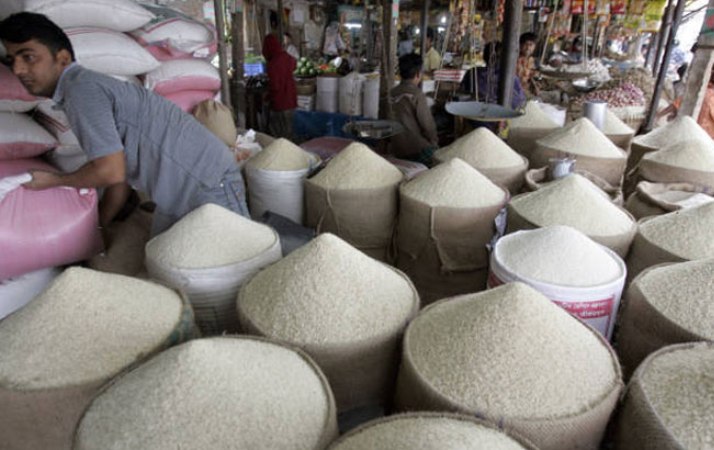 Rice price continues to soar in the local market despite the government’s efforts to make the market stable.

Traders say the rice price has been jumping up in the retail market frequently, worsening the hardship of the low and fixed-income groups.

Prices of all varieties of rice have increased several times over the last few weeks despite the government's recent initiatives to improve the supply through imports.

Data from the Trading Corporation of Bangladesh (TCB) shows that the price of fine, medium and coarse rice increased by 2.46, 1.89 and 3.26 per cent respectively in the city on 4-5 March.

On Wednesday, the price of fine rice price was Tk 60-66 per kg, medium-quality rice was selling at Tk 52-58 per kg and coarse rice price retailing at Tk 46-50 per kg, according to TCB data.

The soaring prices of rice have hit hard the consumers who are already facing income loss due to the corona pandemic.

Agro economist Prof Golam Hafeez Kennedy said when the millers and traders realised that the government’s food grain stock has declined, they hiked the prices of rice with a slower supply.

Lower procurement of rice from the domestic market during the last Boro and Aman season is one of the reasons for lower national food stock, which allowed the millers and traders to increase the price.

The government also cut rice import duty to 15-per cent but the market is yet to respond to this duty cut, he added.

The government has decided to lower the duty on the import of rice to 25 per cent, down from 62.5 per cent on December 27.  The Food Ministry started to approve from 3 January to import a certain amount of rice after scrutinising applications from eligible traders.

The ministry of food gave approval to import 10.18 lakh tonnes of rice to control the soaring price of rice in different circulars from January 3 to 19.

However, the private millers and traders have imported only 3.02 lakh tonnes of rice and the government could import only 1.17 lakh tonnes till 8 March, according to the Ministry of Food.