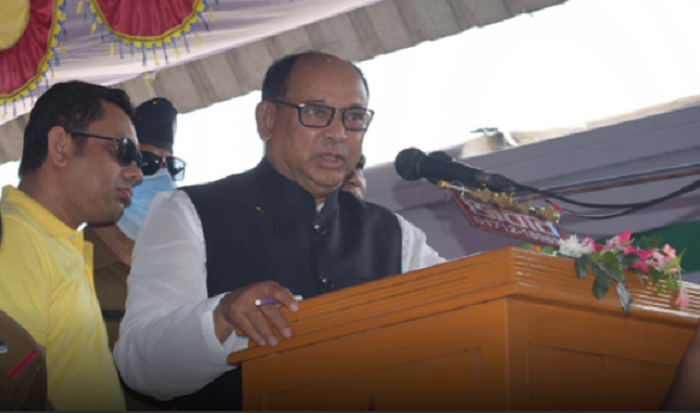 Speaking as the chief guest, the minister said Prime Minister Sheikh Hasina has been working relentlessly to build Bangladesh into a Sonar Bangla.

“We all are working to build a hunger-and-poverty-free Sonar Bangla as dreamt by Father of the Nation Bangabandhu Sheikh Mujibur Rahman,” he said.

Sujan said Bangladesh has become graduated a developing country under the dynamic leadership of the Prime Minister Sheikh Hasina, adding, “In 2041, Bangladesh will become a developed country.”

He said the train services are being increased across the country and the government has been installing rail lines in every district.

Besides, the minister announced that Chattogram-Mymensingh intercity Bijoy Express train and Jamalpur Express trains would be extended to Dewanganj Bazar.

“We are renovating 50 railway stations this year. Dewanganj Bazar station would also be renovated and modernized by December,” he said.

The intercity Brahmaputra Express train will be operated by 16 coaches. The total number of seats is 695.