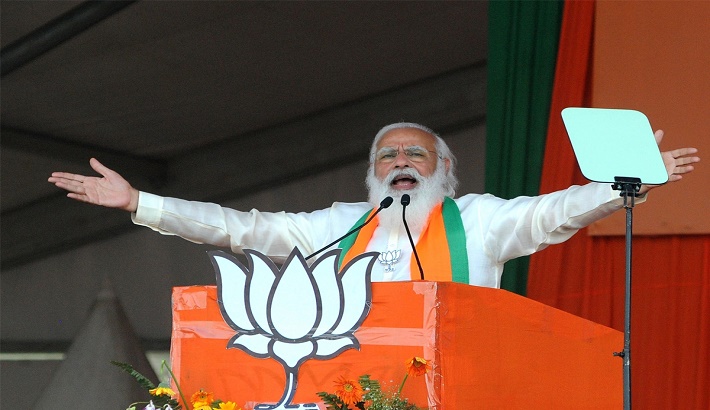 The Bharatiya Janata Party (BJP) has released a list of ‘Star Campaigners’ for West Bengal and Assam Assembly polls.

Indian Prime Minister Narendra Modi will lead the party’s campaign in both the states.

Actor Mithun Chakraborty, who joined the BJP at the Prime Minister’s rally on Sunday, has been made one of the star campaigners of the party in West Bengal.

On March 9, in a letter to the Election Commission, BJP National General Secretary and Rajya Sabha member Arun Singh submitted the list of 40 star campaigners to the poll body.

Actress Payal Sarkar and Srabanti Chatterjee, who recently joined the BJP, have also been made star campaigners of the party in West Bengal.