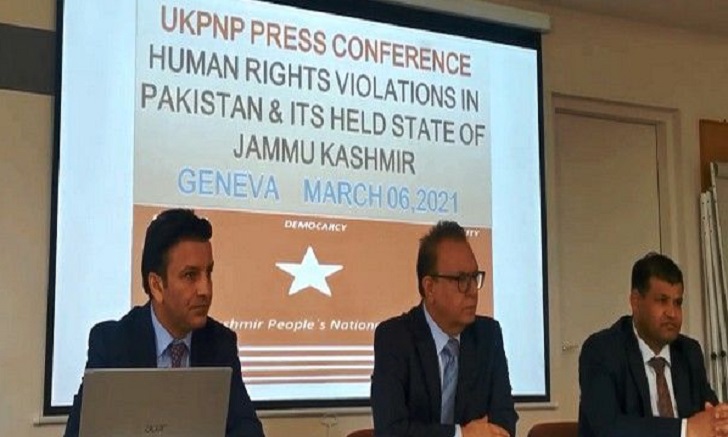 An exiled Kashmiri leader has lambasted Islamabad for using Pakistan-occupied Kashmir (PoK) and Gilgit Baltistan as its colonies for over seven decades and exploiting its natural resources.

Sardar Shaukat Ali Kashmiri, the chairman of the United Kashmir People's National Party (UKPNP) said that Pakistan continues to plunder the natural resources of the occupied regions and even targets political activists.

"Our site is used, our water resources are used but we are ignored completely from any kind of royalty in the Neelum and Jhelum hydro projects. So Pakistan occupied Kashmir is a colony, simple. And all the officers posted in Kashmir are playing in the hands of GoC Murree and they are serving the interest of sovereign Pakistan and they are not serving the interests of (so-called) Azad Jammu and Kashmir," said Shaukat Ali Kashmiri.

Pakistan falsely claims to have granted autonomy to the region but locals call it an 'absolute joke'.

Even the Prime Minister and the President of Pakistan occupied Kashmir have no say in the policymaking for Kashmir.

In fact, they are there to execute orders of Islamabad-installed lent officers. The so-called independent legislative assembly is not allowed to prepare even one document on its own. It must have the approval and blessings of Islamabad.

In Pakistan-occupied Kashmir, anyone who wants to serve as a public servant is asked to sign a pledge of loyalty to Pakistan.

Even the establishment has used draconian legislation to frame or suppress the voice of anybody who has dissented or has gone against the laid protocols.

And with no legal recourse available to these hapless people, an assertive international intervention is the only way they can be saved from imminent doom. (ANI)