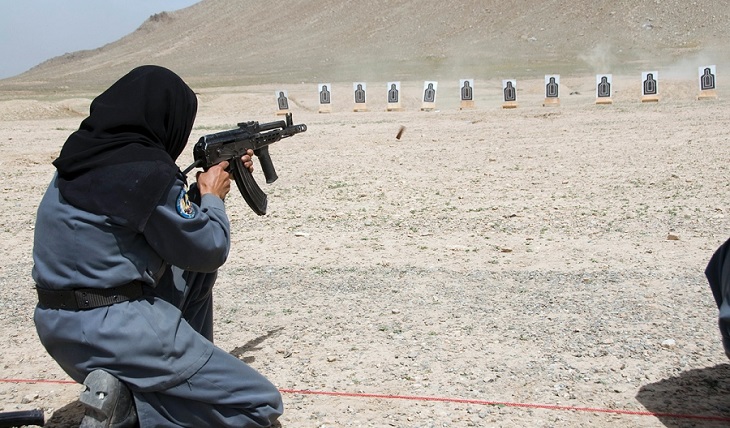 The former head of women police in a southern Afghanistan province was seriously wounded and her husband — also a police officer — was killed Sunday in an attack by unidentified gunmen, provincial officials said.

Omer Zwak, spokesman for Helmand's provincial governor, said unidentified gunmen opened fire on the couple in the provincial capital Lashkar Gah. The attack came amid a surge in violence in the war-weary country.

An officer in the Helmand police chief's office who wasn't authorized to speak with media, said the attack targeted the female officer, whom he identified only as Malala. She formerly supervised all female police in the province.

Malala was seriously wounded and her husband Abdul Qayum, also a police officer at Helmand police headquarters, was killed in the attack, he said.

Mohammad Zaman Hamdard, a spokesman for the Helmand police chief, said Malala served for 14 years and was working in a Helmand police section that deals with family domestic problems.

No one immediately claimed responsibility for the attack. Zwak said that an investigation is going on into the attack.

Afghanistan is experiencing a nationwide spike in bombings, targeted killings and other violence as peace negotiations in Qatar between the Taliban and the Afghan government continue.

Separately, in northern Balkh province, at least eight policemen were killed when their checkpoint came under an attack by Taliban fighters late Saturday, according to Adil Shah Adil, spokesman for the provincial police chief.

Adil said five Taliban fighters were also killed in the battle in Dawlat Shahi district. Six policemen and seven Taliban insurgents were wounded in a gun battle that lasted for two hours, he added.

Zabihullah Mujahid, a Taliban spokesman, claimed responsibility for the attack in Balkh, saying their fighters killed 12 police and he denied there were any Taliban casualties.