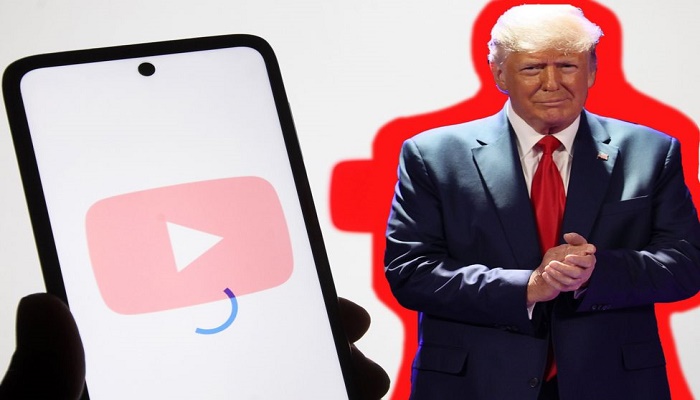 YouTube's chief executive has said the platform may lift Donald Trump's suspension, if the threat of "real-world violence" decreases.

Susan Wojcicki said the company will look at government warnings and violent rhetoric to determine when it's safe to lift the suspension.

"It's pretty clear that right now where we stand, that there still is that elevated risk of violence," the YouTube chief said during an interview with the Atlantic Council on Thursday.

Ms Wojcicki clarified that the former president's conduct had not led to a full ban on the platform.

The company operates under a three strike system and an account must receive all three strikes within 90 days to be permanently removed.

The suspension in January was Mr Trump's first strike.

Rudy Giuliani, the former personal attorney to Mr Tump, received his second strike earlier this week for claiming the 2020 presidential election was stolen.

Typically, a first strike results in a seven day suspension of an account, but Mr Trump's has been prolonged due to a continued risk of violence.

After a large group of pro-Trump supporters stormed the US Capitol building on 6 January, the former president was de-platformed across many social media outlets.

Facebook's Oversight Committee is currently looking at whether that suspension should be made permanent - however it's not yet clear when they will rule.

Criminal charges have been filed for a reported 221 people involved in the riot.