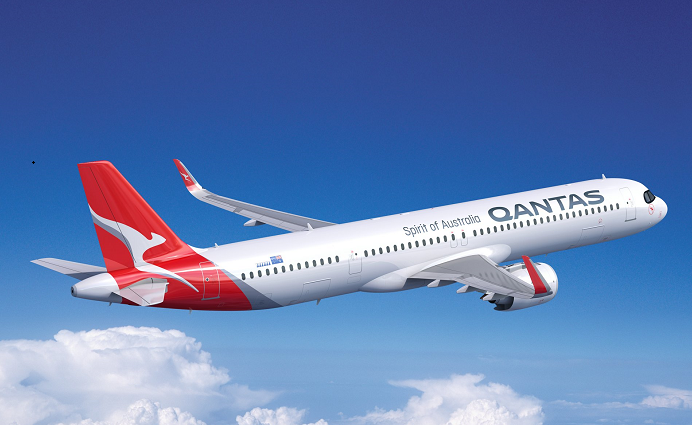 Qantas is launching "mystery flights" in a effort to boost domestic tourism across Australia and spark nostalgia.

The day-trips, where passengers don't know the destination when boarding, were popular in the 1990s.

Airlines across the region are coming up with different strategies to tackle the pandemic-induced travel slump, with Thai Airways announcing this week it will slash its workforce by 50%.

The downturn has led to government bailouts, collapses and huge job cuts.

Carriers are dealing with a severe drop in passengers amid "the uneven roll-out of vaccinations across the world which will only delay the full reopening of borders", according to the Association of Asia Pacific Airlines (AAPA).

AAPA figures released this week showed that passenger numbers for January were just 4% compared to the same month last year, when 33.5 million passengers flew across the region.

On Tuesday, Thai Airways International said it planned to cut its staff numbers in half in the next few years, as part of the troubled national carrier's rehabilitation plan.

The airline plans to have 13,000 to 15,000 employees on its books by 2025, having announced last month it will also slash hundreds of management positions and supervisors.

Flights to nowhere
Qantas was one of the first airlines to offer flights to nowhere, which take off and land at the same airport after low-level fly-bys of iconic Australian landmarks.

The mystery flights are the Australian airline's latest tactic to woo more passengers into flying.

Flights will be on one of three Qantas Boeing 737 planes from Brisbane, Melbourne or Sydney with economy fares beginning at A$737 (£413, US$577).

The all-day package includes activities that range from wine-making and gourmet lunches, to snorkelling on tropical islands.

With international borders unlikely to reopen until 2022, Qantas has asked the government for certainty over domestic travel now that Australia's Covid-19 vaccine rollouts are under way.

"What we are looking for is an assurance that at a point in time, or at a point in the vaccine rollout, further border closures will be ruled out," Qantas group executive Andrew Parker said.

"Travellers are confused by a patchwork of rapidly changing restrictions and are understandably worried about being locked out of their own home state or intended destination," he said.