Covid vaccine: Germany urged to back AstraZeneca jab for over-65s 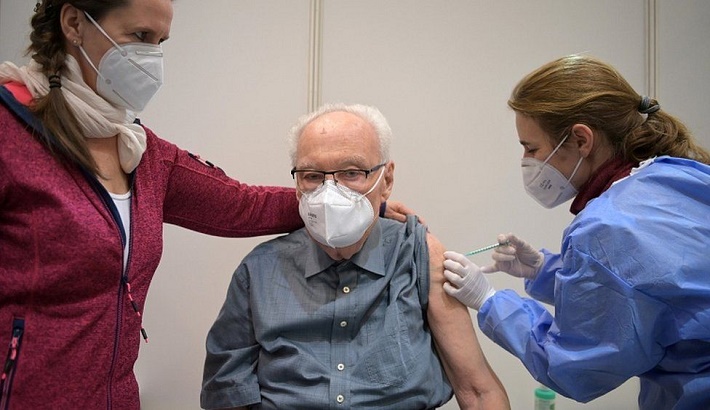 A senior German immunologist has urged his country to change its mind and start allowing over-65s to receive the Oxford-AstraZeneca vaccine.

In a BBC interview, Carsten Watzl, head of the German Society for Immunology, predicted regulators would have to reverse their decision to not recommend the jab for older people.

He urged Angela Merkel to have the vaccine live on TV to prove it is safe.

Prof Watzl's call comes after recent studies in Scotland showed the AstraZeneca jab to be effective among the elderly.

Germany is one of several EU states that have expressed doubts over the efficacy of the vaccine in older people.

The country is currently struggling to avoid a third wave of infections as cases remain stubbornly high.

The EU's medical regulator approved the use of the Oxford-AstraZeneca vaccine for all age groups in January.

But the rollout was met by some public scepticism after regulators in countries including France, Germany and Italy recommended that it should not be used for people over 65. They citied insufficient data on its efficacy for older people. German health authorities have so far used fewer than 300,000 of the 1.17 million doses of the AstraZeneca vaccine the country has received.