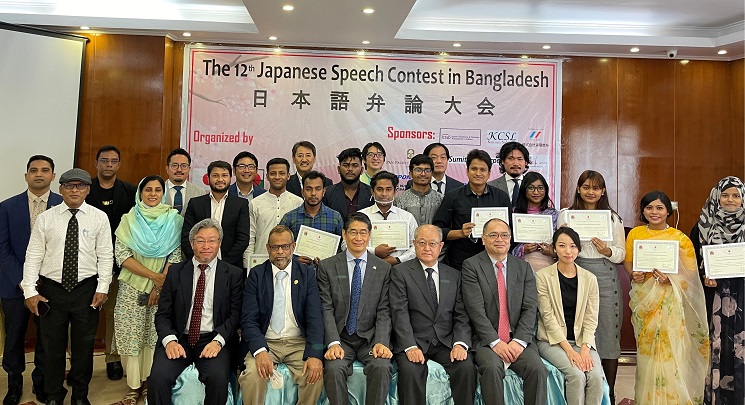 The ‘12th Speech Contest in Japanese Language’ was held in Dhaka, where top 10 Japanese language learners out of 21 contestants impressed the audience with their unique topics, rich contents and fluency in the language at the final round of the contest.

This year’s speech contest was co-organised by the Embassy of Japan, the Japanese Universities Alumni Association in Bangladesh and Japan Foundation on Saturday.

Among the 10 final contestants, Md Tarek Rahman with the speech titled “Friendship between Japan and Bangladesh” in advanced category got the biggest applause from the 4 Japanese Judges and won the first prize.