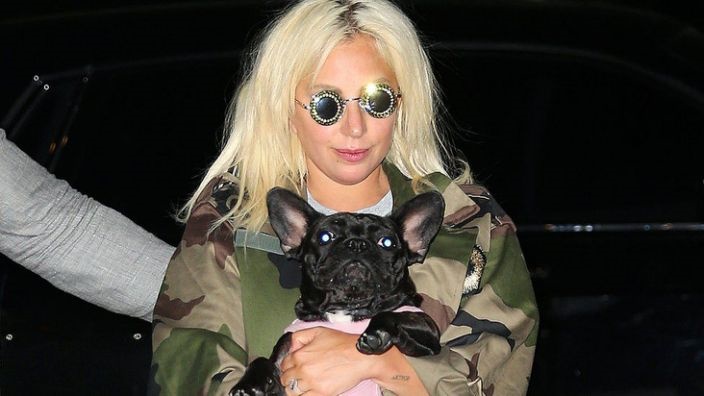 Lady Gaga's two stolen French bulldogs have been found safe and handed in to police, according to officials.

The two dogs, stolen in an armed robbery, have been "reunited" with the singer's representatives, police said.

He is in hospital and his family said on Friday that he was expected to make a full recovery.

Details of how the dogs were recovered are unclear. The Associated Press said a woman had brought them to the Olympic Community Police Station in LA and the singer's representatives had confirmed they were hers. The woman appeared to be "uninvolved and unassociated" with the robbery, a police spokesman said.

The star - whose real name is Stefani Germanotta - is currently in Rome working on a new Ridley Scott film, Gucci.In her first public reaction to the attack, Gaga tweeted on Friday: "My heart is sick."

"I am praying my family will be whole again with an act of kindness. I will pay $500,000 for their safe return."