The lone four-dayer against Wolves starts 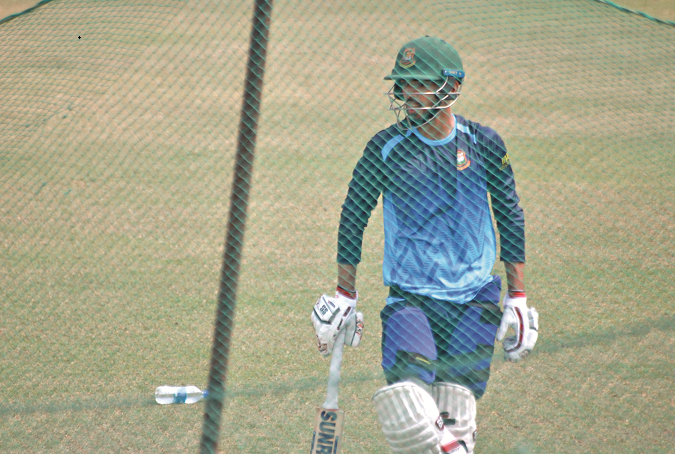 Bangladesh opener Saif Hasan will lead the Emerging Team as the hosts will take on Ireland Wolves in the lone four-day match at the Zahur Ahmed Chowdhury Stadium in Chattogram today.

“We have chosen Saif Hasan to lead us in the whole series against Ireland Wolves,” Bangladesh Cricket Board chief selector Minhajul Abedin told The Daily Sun on Thursday.

“We are not too concerned with the outcome of the series considering we did not change our plan of action despite knowing the Ireland A is coming at the last minute instead of their Emerging team.

“It is our Emerging side and we have tried to form the squad keeping in mind that most of the cricketers are Under-23 but Ireland have sent their A team instead of their Emerging squad,” he added.

Saif believed the series would be a big opportunity for the High Performance players.

“Those who are in HP squad, the series against Ireland is a big opportunity for them. Hopefully this will be a good series for us,” he said.

The visitors arrived in Chattogram on February 18 to play one four-dayer, five one-dayers and two Twenty20s against their Bangladesh counterparts.

The ZACS will also host the first three one-dayers on March 5, 7 and 9 respectively.

The Sher-e-Bangla National Cricket Stadium in Dhaka will host the remaining two one-dayers on March 12 and 14 respectively while the T20s will take place at the same venue on March 17 and 18 respectively.

Ireland skipper Harry Tector said they were expecting a spin trial at the series opener at the ZACS and claimed that the major challenge for the Wolves is to handle the spinners which he believed would decide the fate of the tour.

“I think the basic challenge would be about how we play spin, as far as I imagine, particularly going to a four-day game,” he said.

“How we play and adapt against the spinners, how we adapt to the wickets (are key) because we are not quite sure what we are going to get but adapting to whatever they are trying at us quickly and being able to do that would go along our way in deciding the result of the match,” he added.