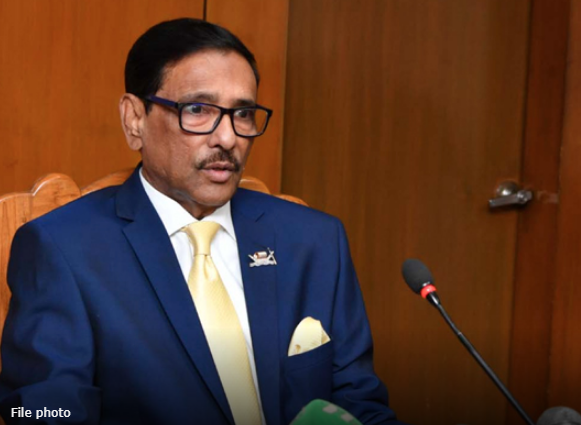 Awami League (AL) General Secretary and Road Transport and Bridges Minister Obaidul Quader said on Wednesday the ruling party will take strict organizational actions against the party men who would be involved in tarnishing the AL’s image.

“The ruling Awami League is going to take tough organizational actions against those involved in tarnishing image of the party,” he said.

Quader voiced the warning while addressing virtually an extending meeting of Dhaka South city unit Awami League at a city hotel. He joined the meeting as the chief guest through video conferencing from his official residence.

“It would not be allowed that any particular individual will damage the party image by delivering speech of his own,” the AL general secretary said, adding that none will go unpunished if found involved in any activity against the party discipline.”

Quader said, the party will not take responsibility for any misdeeds of a small section of people and everyone has to follow the discipline of the party.

“Everyone should keep in mind that nobody other than Sheikh Hasina is much important in the party,” he added.

Drawing the attention of Dhaka city units of Awami League, the ruling party leader said, no pocket committee will be allowed, adding that committees would have to be formed from grass roots to thana level through holding conference.

Sheikh Hasina must be kept in office in the greater interest of development, Quader said, adding all should remain united under the leadership of Sheikh Hasina to build a prosperous country as dreamt by Bangabandhu Sheikh Mujibur Rahman, defeating the communal forces.

Terming the Awami League a family, the road transport and bridges minister said these who will try to create rifts in the unity of this family would not be forgiven in any way. “If there is any disagreement in the party, it must be discussed in the party forum and then it would be forwarded to the political office of the party president in a written form for resolving the dispute,” Quader explained.