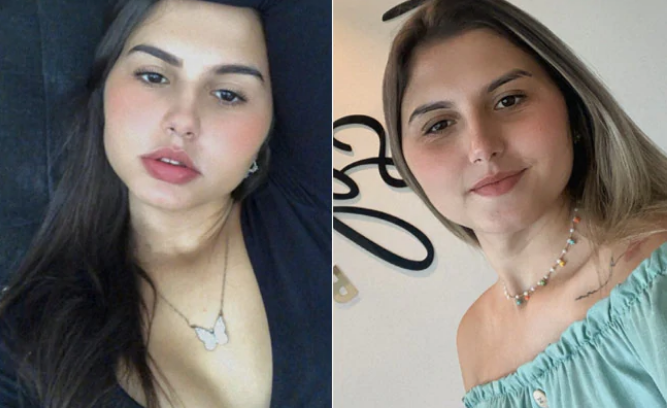 Sao Paulo: Growing up as identical twins, Mayla and Sofia always did everything together, and their decision to undergo gender confirmation surgery is no exception.

The 19-year-old twins, who grew up in a small town in southeastern Brazil, both say they "never identified as boys."

Now, they have made the transition they long dreamed of together, in what their doctor calls a first.

"This is the only reported case in the world" of twins who were presumed to be male at birth undergoing female gender confirmation surgery together, said Dr Jose Carlos Martins of the Transgender Center Brazil, a clinic in the southeastern city of Blumenau.

Martins performed the five-hour surgery on the twins one day apart.

A week later, the euphoric young women smiled, joked and shed tears as they talked about their shared journey in a video-conference interview with AFP.

"I always loved my body, but I didn't like my genitalia," said Mayla Rezende, a brunette who is studying medicine in Argentina.

"I would blow dandelion seeds into the air and wish for God to turn me into a girl," she said.

When she saw herself after her surgery, she wept, she said.

But their camaraderie is clear. They finish each other's sentences while sharing stories of how they supported each other through the bullying, sexual harassment and violence they were subjected to in childhood and adolescence.

"We live in the most transphobic country in the world," said Albuquerck, a blonde who is studying civil engineering in Sao Paulo.

There were 175 trans people murdered in Brazil last year, the most of any country, according to the National Association of Transvestites and Transsexuals (Antra).

Latin America's largest country is known for a strong culture of machismo and overt homophobia, not least on the part of far-right President Jair Bolsonaro.

The twins were born in Tapira, a town of 4,000 people in the state of Minas Gerais.

They still bear the emotional scars of their difficult childhoods: to this day, they live in fear of abuse. But they always had the support of their family, they said.

"Our parents weren't afraid of what we were, they were afraid that people would mistreat us," said Rezende.