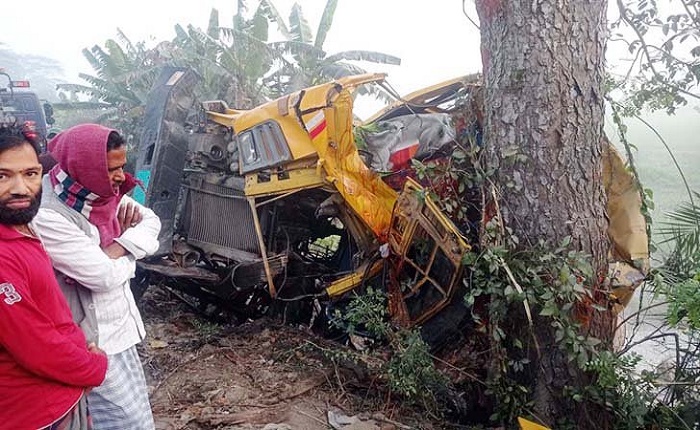 Two people, including a driver, were killed and another person was injured after a stone-laden truck hit a roadside tree in Muksudpur upazila of Gopalganj on Thursday morning.

The deceased were identified as truck driver Sajib Mridha, 23, son of Musha Mridha, hailing from Fuksa area of Kushtia and his helper Shahin, 25, son of Omar Farooque, from Chaprain area in Madhupur upazila of Jhenaidah.

According to locals, the stone-laden truck hit the roadside tree after the driver lost control over steering and overturned near Charprasannadi Bridge No 1 in Muksudpur upazila on Dhaka-Barisal highway in the morning, leaving the driver dead on the spot and his two helpers injured.

The injured were taken to Rajoir Hospital where duty doctor declared Shahin dead.