Recalibrating US strategy for peace in Afghanistan 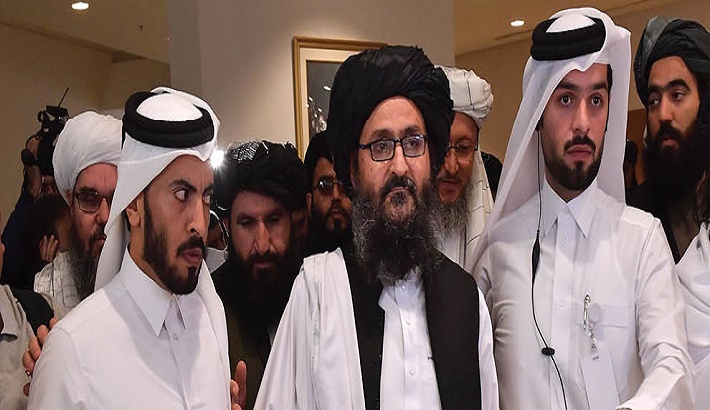 The Biden administration has slowed down the American rush to the exits in Afghanistan. On the campaign trail, Joe Biden committed himself to ending “forever wars in Afghanistan and the Middle East.” But his promise to “bring the vast majority of our troops home from Afghanistan” was qualified by a vow to “focus our mission on al Qaeda and ISIS.”

In the first few days of his presidency, Biden has made it clear that he is not willing to let the Taliban have its way as the price for ending the war in Afghanistan. The agreement between the US government and the Taliban, signed in Doha last year, was predicated on the Taliban’s promise to cut off ties with al Qaeda. Amid reports of al Qaeda gaining strength in Afghanistan, the Biden administration has reason to believe that the Taliban has failed to keep that promise.

Critics of the Doha agreement, including this author, have consistently argued that it prioritized U.S. withdrawal without specific concomitant obligations on the Taliban. By signaling its eagerness to withdraw troops from Afghanistan, the Trump administration made the Taliban more intransigent in its attitude toward the democratic government established in Kabul with U.S. help.

After signing the agreement with the Taliban, the Trump administration’s special envoy for Afghanistan reconciliation, Zalmay Khalilzad, put pressure on the Kabul government to make concessions to the Taliban, such as releasing Taliban prisoners. But he failed to condemn the Taliban for its continued violent attacks across Afghanistan, preferring generic condemnations of violence.

The reason for Khalilzad’s muted response to Taliban attacks lay in the language of the Doha agreement. The Taliban had made no commitment to a ceasefire and had only agreed that “A permanent and comprehensive ceasefire will be an item on the agenda of the intra-Afghan dialogue and negotiations.”

Under pressure from President Trump to expedite withdrawal of U.S. troops, Khalilzad had been forced to craft an agreement that promised an American withdrawal without an express promise from the Taliban to end violence or to accept the Afghan government as a negotiating partner.

But the Taliban are students of Islamic sharia law and, in their belief system, an agreement is binding only in its literal sense. Khalilzad’s expectation of a “reduction in violence” as a result of the U.S.-Taliban agreement had not been explicitly stated in the Doha agreement, a major flaw of the signed document. From its point of view, the Taliban had not promised an end to violence and had only agreed to talk about ending violence with other Afghans.

Moreover, the Taliban has repeatedly made it clear that it sees the U.S.-Afghan agreement as being an acknowledgement of the Taliban’s “victory” and a means of ending “American occupation.”

In the Taliban’s narrative, it had established an Islamic emirate in Afghanistan in 1995, which was unlawfully removed from power by American and NATO forces in 2001. The withdrawal of U.S. forces would now restore the emirate as Afghanistan’s lawful government.

The intra-Afghan dialogue that followed the signing of the U.S.-Taliban agreement was a non-starter because the Taliban refused to respect the gains for the Afghan people of the last 19 years. The Taliban acted as if it was talking, as victors of a civil war, to other Afghan factions about a power sharing agreement, albeit on the Taliban’s terms.

Rumors about the imminence of an interim government raised the hopes of prominent Afghans who cannot win an election without securing ministerial positions. Khalilzad effectively weakened the hand of President Ashraf Ghani’s government by giving the impression that American and European diplomats, not Afghans, might determine who would run Afghanistan after the Americans leave.

A better approach would have been, and still could be, to let the Taliban know that the U.S. would maintain a smaller military footprint in Afghanistan indefinitely and that it supported Afghanistan’s government in finding a settlement with the Taliban. Even Pakistan, which facilitated U.S. dialogue with the Taliban and has long provided sanctuary to the group’s leaders, now seems to support such an approach while describing a hasty U.S. withdrawal as “unwise.”

The Biden administration has sensibly reversed course on bypassing the Kabul government in the peace process. Among his first calls to foreign leaders, National Security Advisor Jake Sullivan spoke with Afghan National Security Advisor Hamdullah Mohib, promising to review the U.S.-Taliban agreement. The review would include an assessment of the Taliban’s fulfillment of “commitments to cut ties with terrorist groups, to reduce violence in Afghanistan and to engage in meaningful negotiations with the Afghan government and other stakeholders.”

In a separate call with President Ghani, Secretary of State Tony Blinken spoke of “an enduring US-Afghan partnership” and emphasized the need to preserve “the progress made over the last 20 years with regard to human rights, civil liberties, and the role of women in Afghan society.” This was a far cry from the messaging of the previous administration, which centered on U.S. military withdrawal.

Khalilzad is being retained in his position for now, recognizing that the relationship he has developed with the Taliban could be useful. But the U.S. special envoy must now deliver a clear message to the Taliban: It will be accommodated within Afghanistan’s existing structure as the price for peace but should stop expecting to rule Afghanistan again.

Husain Haqqani, director for South and Central Asia at the Hudson Institute in Washington DC, was Pakistan’s ambassador to the United States from 2008-11.