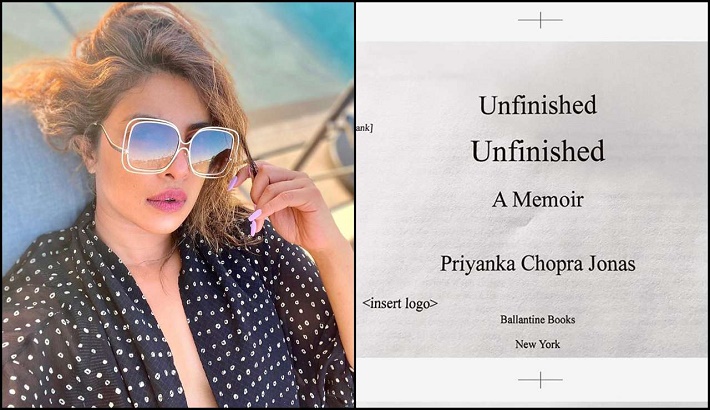 In her recently released memoir, Unfinished, actor-producer Priyanka Chopra Jonas has revealed she fell into depression following her father’s death, for around five years.

The actor’s father, Ashok Chopra, a physician in the Indian Army, died on June 10, 2013, after a long battle with cancer. Chopra says she used work as therapy, putting her grief and “a piece of my soul” into the sports drama, Mary Kom (2014). Chopra also acknowledges her Krrish co-star Hrithik Roshan, who in 2005-06, “used his connections at Air India” to arrange for her father’s immediate flight to London from where he was transferred onto a flight to New York for further treatment at Beth Israel Deaconess Medical Center in Boston.

Her mother, Madhu Chopra, also a former physician in the Indian Army, advocated the actor talk to a counsellor.

Although she tried a few therapists, she says she never found one who was right for her.

Almost three years later, she moved to New York to shoot the second season of Quantico. “I imagined I might leave behind the sadness I was still feeling when I left Canada. Instead, I fell into a depression. While I thought I had powered through my grief, I was still carrying it with me, apparently keeping up my end of the deal to hold it close wherever I went.”

After months of cancelling dinner plans with friends, she spent New Year’s Eve of 2017 at a friend’s place, Mid-Day.