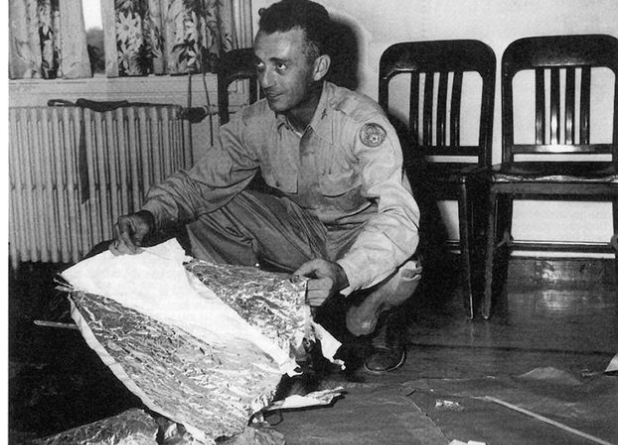 The Pentagon has been holding and testing wreckage from UFO crashes, an author on the subject has claimed.

UFO author Anthony Bragalia wrote to the US Defense Intelligence Agency (DIA) requesting details of all UFO material which it holds and the results of any tests carried out.

The DIA released 154 pages of test results that includes reports on mysterious 'memory' metal called Nitinol which remembers its original shape when folded, he claimed.

Speaking to The Sun, Mr Bragalia claimed it was a "stunning admission" from the US government and said some of the retrieved debris possess "extraordinary capabilities".

He said: "The Pentagon has admitted to holding and testing anomalous debris from UFOs.

"They have been able to learn some things about the materials of construction which hold tremendous promise as futuristic materials which will change our lives forever."

He said his Freedom of Information request, first sent in 2017, was very specific seeking the test results of UFO debris, not with material already known to science.

The DIA letter, first shared on Mr Bragalia's blog, claims testing was carried out by Bigelow Aerospace, one of the DIA's private contractors based in Las Vegas, Nevada in the US.

He believes some of the material that is being tested could have come from the Roswell incident of 1947, in which a UFO crashed in New Mexico.
At the time the official Air Force press release reported that a "flying disc" had been recovered.

Despite the US military insisting the object was nothing more than a normal weather balloon that had crash landed, the rumours wouldn't die down.

And the US government did very little to pour water on these theories until the late 1990s.

Only then did the military publish two reports containing the "truth" about what landed at Roswell.

It was a nuclear test surveillance balloon from Project Mogul, a top secret operation to detect sound waves from Soviet atomic bomb tests.
Mr Bragalia believes the material tested - netinol - is a memory metal characteristic which was reported by witnesses at Roswell.

He claimed on his blog: "Incredibly, part of the information released discusses material with shape recovery properties, much like the 'memory metal' debris found fallen at the Roswell UFO crash in 1947.

"And based on the documentation received, it appears that the retrieved debris exhibits other extraordinary capabilities. In addition to 'remembering' their original form when bent or crushed, some of these futuristic materials have the potential to make things invisible, 'compress' electromagnetic energy, and even slow down the speed of light.

"Although much of the reports' details are redacted, what can be gleaned is that these technologies represent a literal quantum leap beyond the properties of all existing material known to man."
The DIA has held back certain details about materials, including any information they could be of alien origin.