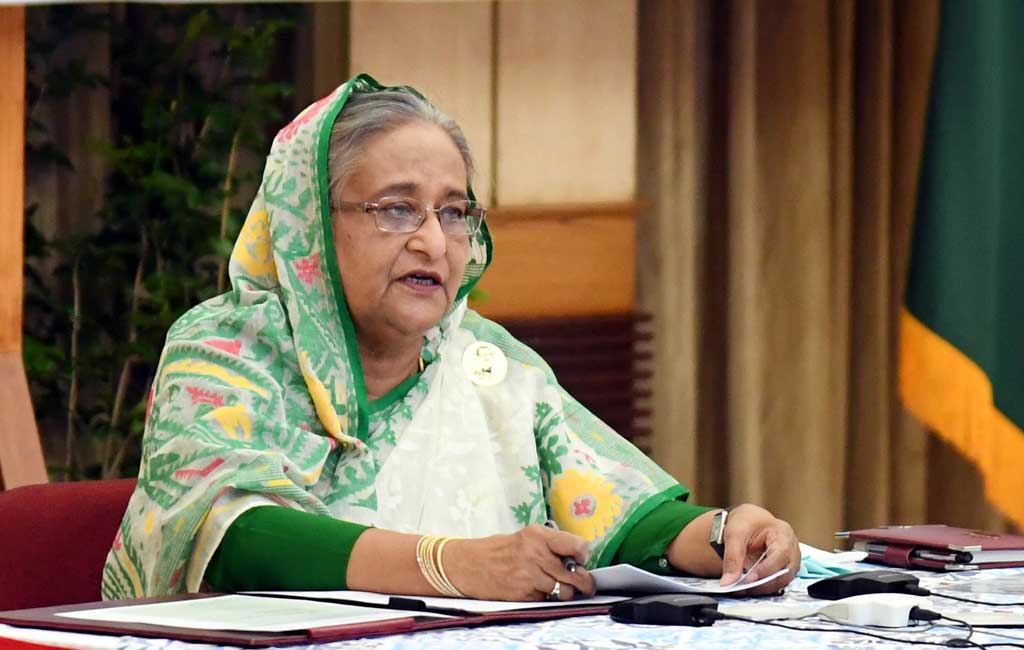 Prime Minister Sheikh Hasina on Sunday asked all concerned to conduct more research on medical sciences particularly on cancer as the people could get the desired healthcare services in the country.

“The scope of researches in our country is very limited. Especially research on the medical sciences is not adequate. But, it is solely necessary,” she said.

She said this while virtually laying foundation stone of the Kumudini International Institute of Medical Sciences and Cancer Research from her official Ganabhaban residence in the capital.

The prime minister also stressed the need for carrying out researches on cancer especially on how it spreads in the country’s environment, weather and climate alongside its treatment as the people could get quality healthcare services in the country.

She, however, said the people (physicians) who were supposed to conduct research on the medical sciences, have been passing busy days to see patients.

In this connection, she said, “There are very few physicians who have publication and research.”

She also said her government has set a target to establish a medical university in each division, adding that once the universities are built, the scope in conducting researches on medical sciences would increase.

The premier went on saying that her government has established many medical institutes after assuming office first time in 1996 and later upgraded those and set up more institutes while coming to power for the second time.

“I personally believe that doing research in the institutes is very much essential,” she said, adding that the people of the country would get standard healthcare services if researches are carried out on larger scale.

She added that Bangladesh has progressed one step forward in health sector with laying foundation stone of the Kumudini International Institute of Medical Sciences and Cancer Research and it will inspire others to join hands on the humanitarian ground.

The prime minister also hoped that the institute will play a pivotal role in conducting research on cancer.

Local lawmakers, mayor of Narayanganj City Corporation and ambassador of Japan to Bangladesh were present, among others.

A video documentary on the activities of the Kumudini Welfare Trust was screened at the function.