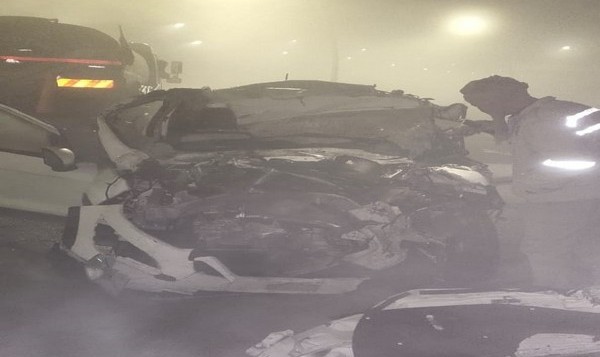 The death toll in the fire incident that took place at the firecracker factory in Virudhunagar of Tamil Nadu in India on Friday, has mounted to 19, said R Kannan, Viruthunagar district collector on Saturday.

As many as 30 people were critically injured at a massive fire.

"At around 1 pm on Friday, a loud noise was heard from the firecracker factory in Achankulam village near Sattur. More than a hundred employees work in Sakthivel owned factory. The plant is licensed to manufacture fancy crackers," said the district collector.

"Fire department workers dosed the fire after two hours. Nine people died on the spot in the firecracker accident. More than 30 injured were admitted to hospitals in Sattur, Kovilpatti and Sivakasi. Some more were injured and died without treatment," he added.

An ex-gratia of Rs 2 lakh each has been approved from the Prime Minister Office's National Relief Fund (PMNRF) for the next of kin of those who have lost their lives due to a fire in Virudhunagar, Tamil Nadu.

Tamil Nadu Chief Minister Edappadi K Palaniswami also announced ex-gratia amounts of Rs 3 lakhs each to the kin of the deceased and Rs 1 lakh each to the critically injured in the fire in a firecracker's factory in Virudhunagar.

He also instructed the district authorities and the medical experts to give the best treatment to the injured and asked the local administration to ensure that families of the deceased and the injured are informed.