Zainul Haque Sikder to be laid to rest today 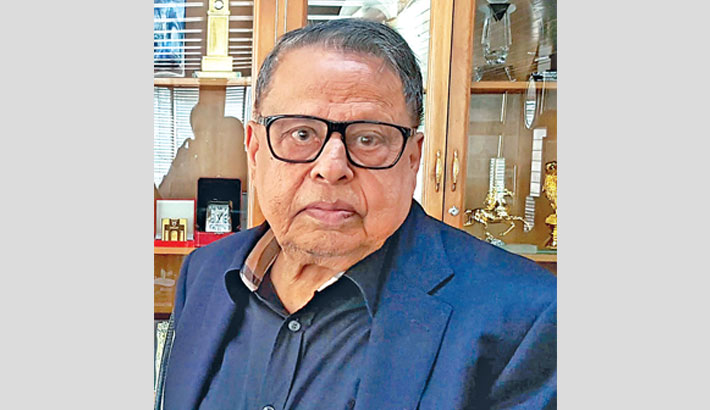 Zainul Haque Sikder, chairman of Sikder Group of Companies who passed away on February 10, will be laid to eternal rest today.

He will be buried by the grave of his mother at his family graveyard in Bhedarganj upazila of Shariatpur district with state honour.

The body of Zainul Haque Sikder, who breathed his last in a Dubai hospital at the age of 91, was brought home on Friday afternoon.

The body of the valiant freedom fighter and renowned social worker was taken to Zainul Haque Sikder Women’s Medical College Hospital in Gulshan from the airport.

Later, the body was taken to his Dhanmondi residence.

His first namaz-e-janaza is scheduled to be held at ZH Sikder Medical College at Rayerbazar after Juhr prayers today.

The body will then be flown to his village home in Bhedarganj where he will be laid to eternal rest by the grave of his mother Zarina Sikder following another janaza there.

Before the burial, he will be given a guard of honour.

A leading industrialist of the country, Zainul Haque Sikder was born on August 12, 1930 in Assam of undivided India and he migrated to present-day Bangladesh with his family during the partition in 1947.

He was one of those who contributed greatly to the development and progress of Bangladesh. He established a large number of business ventures in the fields of education, health, housing and tourism and employed about 20,000 people in the last seven decades.

He was well-known as a philanthropist, too. Besides founding schools, colleges and hospitals, he extended support to efforts for poverty reduction and welfare of the underprivileged and marginal people of society.