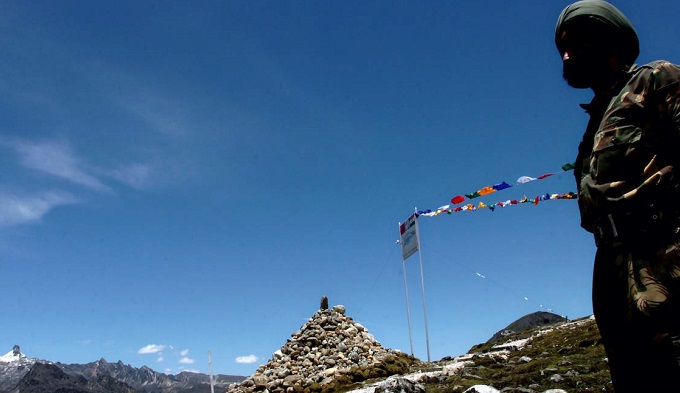 Indian Army is training its soldiers and officers for high altitude operations at its High Altitude Warfare School (HAWS) in Gulmarg, Jammu and Kashmir.

According to Army officers, training in new techniques with the latest equipment shape skills of soldiers for successful rescue operations on challenging snowy terrain. The training is given to soldiers to ensure smooth operations in extremely harsh climates. HAWS trains at least 540 soldiers in a year.

"After completing their training they go back to their respective units and train their fellow soldiers on the same aspects they have been trained", he added.

Major Saleem Jafer Trainer at HAWS said that the focus of the training is on military skiing which helps in the post to post-movement and patrolling in snowbound areas.

"Soldiers are trained to ski with weights on their backs, initially with 5 kilograms which subsequently increased up to 20 kg. In advanced training, they will be trained to navigate 80-degree slope which will help them surveil any area no matter how snowy the terrain is," he added.

"To outlive extreme harsh climates and avalanches, 1-week survival training is imparted after which soldiers can make their own igloos, snow trenches and snow caves. These soldiers are also getting training for avalanche rescue at high altitude near the Line of Control (LoC), and Line of Actual Control (LAC), Ladakh," he said.