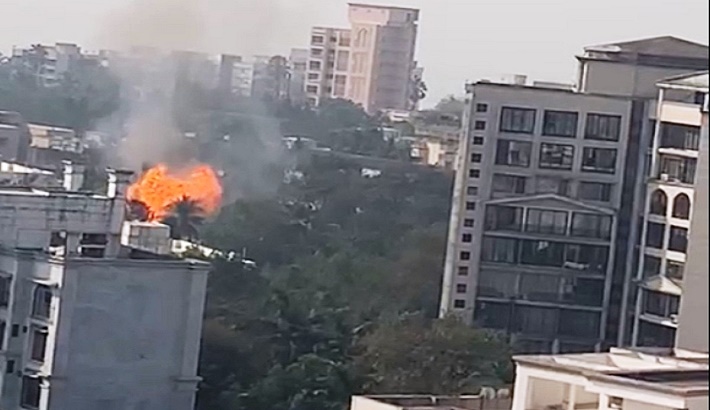 At least four people were injured when a blast occurred in a gas cylinder godown at Andheri  in Mumbai of India on Wednesday.

The blast took place in a major oil and gas company located in the thickly populated Versova suburb of Andheri west. It was followed by a major fire, said the officials.

The fire was reported around 9.45 am in the Hindustan Petroleum Corporation Limited (HPCL) gas cylinder storage depot located on Yari Road near the Anjuman School, informed the BMC Disaster Control.

Even as panic gripped the locality, Mumbai Fire Brigade rushed 16 fire-tenders to battle the massive blaze, the cause of which is not known. The conflagration was brought under control in a couple of hours, said an official.

At least four persons were injured, including two who have sustained severe burns, and all have been taken to the RN Cooper Hospital, Vile Parle, for treatment.