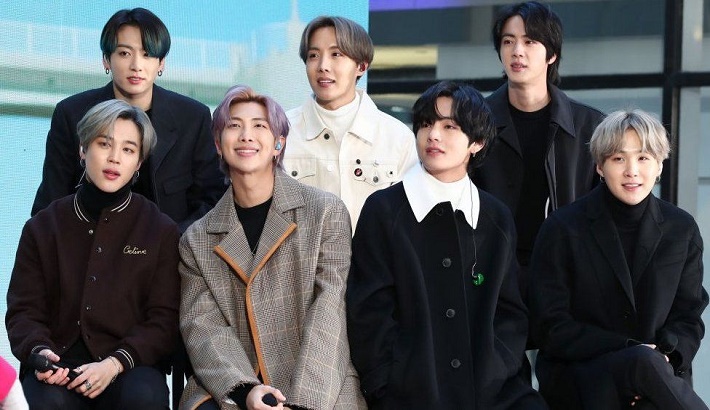 BTS are one of K-pop's biggest bands

Universal Music Group has said it will join a livestreaming platform set up by K-pop's major record labels.

On Tuesday, Universal Music said it would invest in the platform launched last year by Big Hit Entertainment, the company behind K-pop superstars BTS.

Following the investment, a statement by the record labels said VenewLive now has with ambitions "on a global scale".

South Korean pop music (K-pop) has grown massively in popularity on a global scale. Last year BTS became the first K-pop band to have a number one on the US Billboard charts.

A total of 1.65 million fans tuned in for the unveiling of their new song How You Like That, breaking a record set by BTS in February.