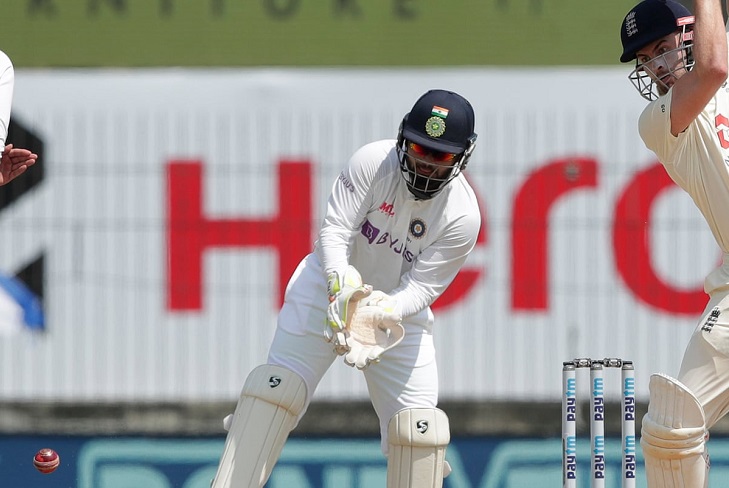 England skipper Joe Root hit a brisk 40 to extend their second innings lead to 360 on day four of the opening Test against India on Monday.

England reached 119 for five at tea in Chennai after starting with a lead of 241. Ollie Pope, on 18, and wicketkeeper-batsman Jos Buttler, on 14, were batting.

Root, who hit 218 in the first innings of his 100th Test, took the attack to the opposition in his 32-ball knock laced with seven boundaries before being trapped lbw off paceman Jasprit Bumrah.

Off-spinner Ravichandran Ashwin claimed three wickets including Rory Burns on the first ball of the innings before lunch.

He then got Dom Sibley for 16 and Ben Stokes caught behind for seven to take his match tally to six.

Paceman Ishant Sharma bagged his 300th Test wicket after he sent Dan Lawrence trudging back to the pavilion for 18.

Earlier India were bowled out for 337 in the first session and fell 42 runs short of avoiding the follow on despite Washington Sundar's unbeaten 85.

But England decided against making the home side bat again.