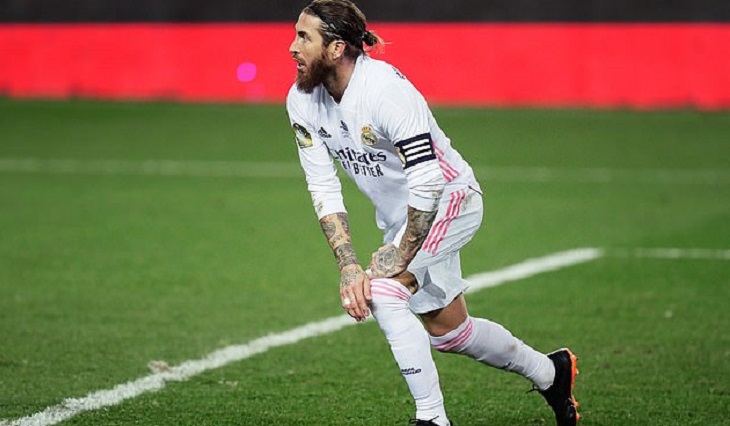 Sergio Ramos could miss both of Real Madrid's Champions League last 16 games against Atalanta after the club confirmed on Saturday the defender has undergone surgery on a knee injury.

"Our captain Sergio Ramos was successfully operated on today for an injury to the internal meniscus of his left knee," Real Madrid said in a statement.

Ramos is expected to be out for six to eight weeks, meaning he would miss both Champions League games, dealing a huge blow to Madrid.

Zinedine Zidane will hope to have his captain back for the possible quarter-finals in April, as well as the Clasico in La Liga, scheduled for April 11.

But there will be concern about the 34-year-old, who has not played since January 14, when Madrid were beaten by Athletic Bilbao in the Spanish Super Cup semi-finals.

Spain coach Luis Enrique will also be monitoring Ramos' situation with a view to the European Championships this summer and it remains to be seen if the injury affects his contract negotiations with Madrid.

Ramos has been locked in talks with his club for months over extending his current deal, which expires at the end of June.

After returning to training last week, there was hope the Spaniard could be close to a return. But further pain in the left knee meant it was decided an operation was necessary.

"What we want is for him to be back with us as soon as possible," said Zidane said in a press conference on Friday.

Zidane's men sit third in La Liga, 10 points behind Atletico Madrid, ahead of Saturday's game away at Huesca.