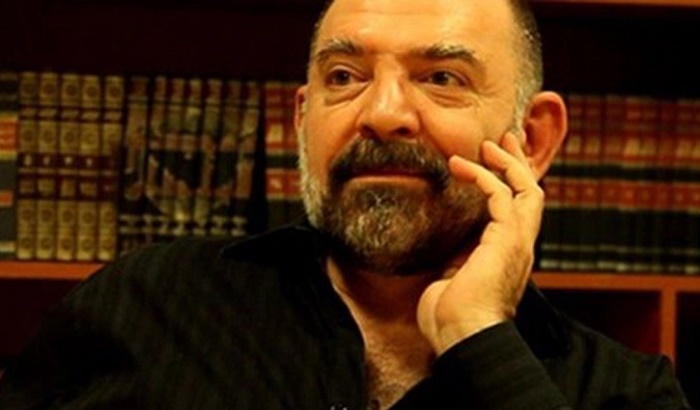 A prominent Lebanese activist and intellectual known for his opposition to the Shiite movement Hezbollah was found shot dead in his car in the country's south on Thursday, a security official said.

The murder, exactly six months after a cataclysmic explosion at Beirut port, drew immediate condemnation from abroad and tributes from his many friends.

Lokman Slim, 58, had long been a leading secular voice in the Shiite community and was routinely criticised, and often threatened, over his anti-Hezbollah stance.

"He was found dead in his car," a senior security official told AFP on condition of anonymity, adding that Slim was shot five times in the head and once in the back.

Preliminary information suggests he was killed between 2:00 am and 3:00 am (0000 GMT and 0100 GMT), several hours after setting off in his car the previous evening.

Without naming Hezbollah, Slim's sister Rasha al-Ameer had told AFP before his death was even confirmed that his disappearance was inevitably linked to his opinions.

Hezbollah in a statement late Thursday condemned the killing, and called on the "competent judicial and security apparatuses to work fast to discover and punish the culprits".

Earlier in the day, as Slim's relatives gathered in the family house and friends trickled in to extend their condolences, a teary Ameer remembered her brother with admiration.

"I always used to ask him: 'Lokman, are you not afraid to speak your mind so freely in our countries, that are closed like prisons?," she said.

"He used to tell me he was not afraid of death," she said. "They have killed an exceptional human being."

Ameer drew a parallel with a spate of assassinations in Iraq widely blamed on Iran-backed Shiite militia groups. Among the victims was prominent academic Hisham al-Hashemi, killed last year at the age of 47.

Lebanese social media erupted over the murder, as people commented on the latest in a long line of Lebanon's political killings.

Slim, long a hate figure for Hezbollah loyalists who accused him of being a Western puppet, lived without personal protection.

The secular intellectual and pro-democracy activist founded an organisation to archive Lebanon's violent past, made several documentary films with his wife Monika Borgmann and also worked in publishing.

Caretaker Prime Minister Hassan Diab promised a thorough investigation, so that "this heinous crime shall not pass without accountability".

When a cross-sectarian pro-democracy protest movement was still gathering daily and occupying parts of central Beirut in late 2019, thugs loyal to Hezbollah and the other main Shiite party Amal were involved in several violent incidents.

They beat up protesters and in December that year plastered messages on the walls of Slim's Beirut home calling him a traitor and warning that his "time will come".

Slim said at the time that he would lay the blame squarely on the leaders of Hezbollah and Amal, Hassan Nasrallah and Parliament Speaker Nabih Berri respectively, should anything happen to him or his family.

His friends say he always thought his enemies would never go as far as killing him.

The gates to his villa in the heart of the Hezbollah stronghold of Dahiyeh in southern Beirut were always open.

Slim, one of the most prominent Lebanese intellectuals to be gunned down since historian Samir Kassir in 2005, was born in Beirut in 1962 and studied in France late in the 1975-1990 civil war.

US Secretary of State Antony Blinken called Slim's assassination "heinous" and said it was "cowardly and unacceptable" to silence him through violence.

"We urge Lebanese officials, including the judiciary and political leaders, to hold accountable those who commit such barbaric acts without delay or exception," Blinken said in a statement.

His murder comes as Lebanon marked six months since a devastating blast at the capital's port killed more than 200 people and ravaged entire neighbourhoods.

What was one of the largest non-nuclear explosions in history was caused by a years-old stock of highly explosive ammonium nitrate in a port warehouse.

Yet Lebanon's own investigation into the tragedy appears to be completely stalled.

Hezbollah's enemies pointed a finger at the Shiite militia's influence over Lebanese customs and port security following the explosion.