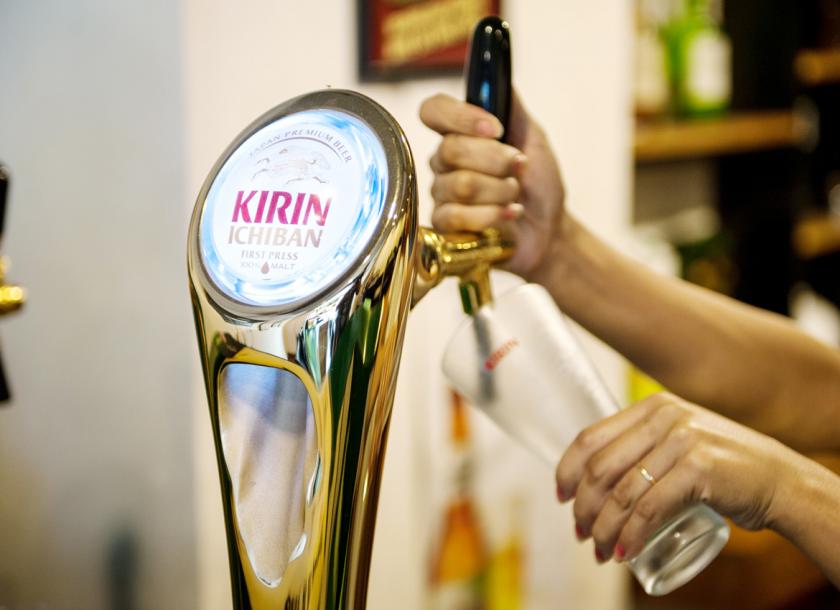 Japanese beer giant Kirin said Friday it is ending its joint venture with a military-owned conglomerate in Myanmar after a coup in the country.

The arrest of democratic leaders including Aung San Suu Kyi has sparked international condemnation and Kirin said it was "deeply concerned by the recent actions of the military in Myanmar".

"Given the current circumstances, we have no option but to terminate our current joint-venture partnership with Myanmar Economic Holdings Public Company Limited (MEHL), which provides the service of welfare fund management for the military," the firm said.

The Japanese beverage firm has been under scrutiny for some time over its relations with Myanmar military-owned breweries.

In January, it said an investigation into whether money from its joint ventures had funded rights abuses in Myanmar was "inconclusive".

Kirin launched the investigation after pressure from rights groups and UN investigators over Myanmar's treatment of the Rohingya minority.

Myanmar stands accused of genocide at the UN's top court after a brutal 2017 crackdown by the military forced 750,000 Rohingya Muslims to flee to refugee camps in Bangladesh.

Kirin has a majority stake in both Myanmar Brewery Limited and Mandalay Brewery Limited in partnership with MEHL, a conglomerate with interests across Myanmar's economy.

It took a controlling stake in Mandalay Brewery in 2017 at a cost of $4.3 million, topping off its more than $500 million investment in top producer Myanmar Brewery in 2015.

Myanmar Brewery, whose beverages include its flagship and ubiquitous Myanmar Beer brand, boasts a market share of nearly 80 percent, according to figures published by Kirin in 2018.

Kirin did not say whether the decision would effectively involve its withdrawal from Myanmar.

It said it would be "taking steps as a matter of urgency to put this termination into effect".