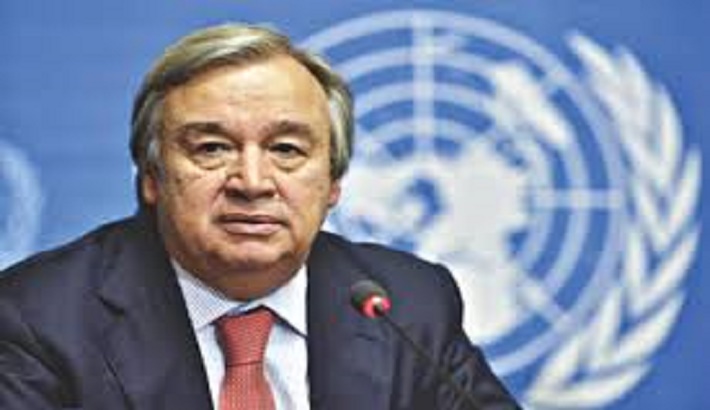 The reversal of elections is "unacceptable", he said, and coup leaders must be made to understand this is no way to rule the country.

The UN Security Council is discussing a possible statement, but China is expected to block any form of words which condemns the coup.

Police in Myanmar - also known as Burma - later filed several charges against Ms Suu Kyi, who has been remanded in custody until 15 February.

Neither Ms Suu Kyi nor deposed President Win Myint have been heard from since the takeover.

The coup, led by armed forces chief Min Aung Hlaing, has seen the installation of an 11-member junta.

The military, which has declared a year-long state of emergency, sought to justify its action by alleging fraud in last November's elections, which Ms Suu Kyi's National League for Democracy (NLD) won decisively.