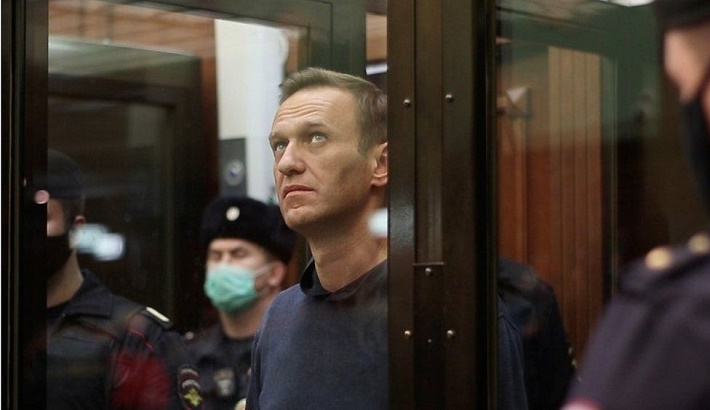 In Moscow, riot police were filmed beating demonstrators with batons.

Mr Navalny, 44, was earlier jailed for three-and-a-half years for violating the conditions of a suspended sentence. He says the case was fabricated.

He returned to Russia in January after being treated in Germany for a near-fatal nerve agent attack last August.

Mr Navalny says Russian President Vladimir Putin ordered the attack with the Novichok agent, describing him as a "poisoner". The Kremlin denies the allegation.

Why Navalny was arrested?

Navalny has been accused of breaking the terms of a 2014 suspended sentence for embezzlement that required him to report regularly to Russian police.

His lawyers say the accusation is absurd as the authorities knew he was recovering in Berlin from the nerve agent attack that nearly killed him in Russia.