China wanted to show off its vaccines 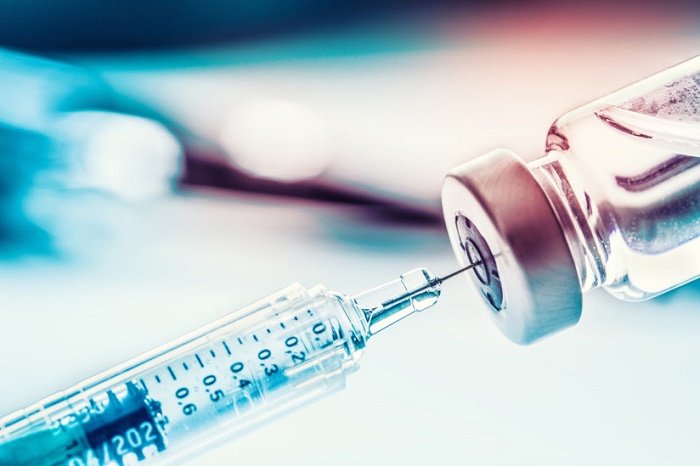 China’s coronavirus vaccines were supposed to deliver a geopolitical win that showcased the country’s scientific prowess and generosity. Instead, in some places, they have set off a backlash.

Officials in Brazil and Turkey have complained that Chinese companies have been slow to ship the doses and ingredients. Disclosures about the Chinese vaccines have been slow and spotty. The few announcements that have trickled out suggest that China’s vaccines, while considered effective, cannot stop the virus as well as those developed by Pfizer and Moderna, the American drugmakers.

In the Philippines, some lawmakers have criticized the government’s decision to buy a vaccine made by a Chinese company, Sinovac. Officials in Malaysia and Singapore, which both ordered doses from Sinovac, have had to reassure their citizens that they would approve a vaccine only if it had been proved safe and effective.

“Right now, I would not take any Chinese vaccine, because there’s insufficient data,” said Bilahari Kausikan, an influential former official at Singapore’s Ministry of Foreign Affairs. He added that he would consider it only with “a proper report.”

At least 24 countries, most of them low and middle income, signed deals with the Chinese vaccine companies because they offered access when richer nations had claimed most of the doses made by Pfizer and Moderna. But the delays in getting the Chinese vaccines and the fact that the vaccines are less effective mean that those countries may take longer to vanquish the virus.

Beijing officials who had hoped the vaccines would burnish China’s global reputation are now on the defensive. State media has started a misinformation campaign against the American vaccines, questioning the safety of the Pfizer and Moderna shots and promoting the Chinese vaccines as a better alternative. It has also distributed online videos that have been shared by the anti-vaccine movement in the United States.

Liu Xin, an anchor with CGTN, the state broadcaster, asked on Twitter why the foreign media had failed to “follow up” on the deaths of people in Germany who had taken one vaccine — though scientists have said the people were already seriously ill. Ms. Liu’s tweet was shared by Zhao Lijian, a top spokesman at China’s Foreign Ministry.

George Gao, the head of the Chinese Center for Disease Control and Prevention, has questioned the safety of the American vaccines because their developers used new techniques rather than the traditional method embraced by Chinese makers.

China had hoped its vaccines would prove it had become a scientific and diplomatic powerhouse. It remains on a par with the United States in the number of vaccines approved for emergency use or in late-stage trials. Sinopharm, a state-owned vaccine maker, and Sinovac have said they can produce up to a combined two billion doses this year, making them essential to the global fight against the coronavirus.

Unlike the Pfizer and Moderna vaccines, their doses can be kept at refrigerated temperatures and are more easily transported, making them appealing to the developing world. They have been doled out as aid to countries like Pakistan and the Philippines.

China’s campaign has been plagued with doubts, however. Many people have memories of the country’s vaccine scandals. Several governments remain angry about Beijing’s lack of openness about the virus in the early days of the pandemic. Its efforts at the start of last year to distribute masks and protective equipment to the West came under fire amid reports of shoddy quality and the demands by Chinese officials for public thanks.

A YouGov survey this month of roughly 19,000 people in 17 countries and regions showed that most were distrustful of a Covid-19 vaccine made in China. The misinformation campaign surrounding Western vaccines could further undermine its image.

The delays in shipments to places like Brazil and Turkey have been the latest hitch.

In Turkey, the government initially promised that 10 million doses of the Sinovac vaccine would arrive in December. Only three million did in early January, according to Fahrettin Koca, Turkey’s health minister. He did not explain the reason for the shortfall, which has been criticized by opposition politicians. The remaining doses finally arrived on Monday, according to Anadolu, Turkey’s state-run news agency.

Answers to Your Vaccine Questions

If I live in the U.S., when can I get the vaccine?

While the exact order of vaccine recipients may vary by state, most will likely put medical workers and residents of long-term care facilities first. If you want to understand how this decision is getting made, this article will help.

When can I return to normal life after being vaccinated?

If I’ve been vaccinated, do I still need to wear a mask?

In a statement, China’s Foreign Ministry cited its needs at home, where the coronavirus has re-emerged.

“Currently, China’s domestic vaccine demand is huge,” it said. “While meeting domestic demand, we are overcoming difficulties, thinking and trying ways to develop international vaccine cooperation with other countries, especially developing countries in different ways, and providing support and assistance according to their needs and within our capacity.”

The sporadic outbreaks could also hinder production. Sinovac, which declined to comment, said on Friday online that it was looking for workers for a Beijing-area facility where an outbreak had frightened off potential employees.

Countries like Turkey and Brazil are rolling out their immunization programs with a Sinovac vaccine because Western companies cannot deliver as quickly. But Brazil’s efforts have been delayed as well. Eduardo Pazuello, the country’s health minister, said China was not acting fast enough with the documents needed to export raw materials to Brazil.

“We are making strong moves at the diplomatic level to find where that resistance is and solve the problem,” Mr. Pazuello said at a news conference on Jan. 17.

On Wednesday, Rodrigo Maia, Brazil’s speaker of the house, told reporters that he had met the Chinese ambassador to Brazil, who “made it clear that there is no political obstacle, that it was a technical process that was delayed a little.”

Other vaccines are beginning to fill the gap. Brazil’s Health Ministry announced on Thursday that a previously delayed shipment of two million doses of the Oxford-AstraZeneca vaccine would arrive the next day from India.

The world was also caught off guard by the disclosure that the Sinovac vaccine may not be as effective as previously thought. Earlier, officials in Turkey said trials there showed the vaccine had a 91 percent efficacy rate. In Indonesia, it was 68 percent. In Brazil, researchers initially said its efficacy was 78 percent.

Then, on Jan. 12, scientists said it had an efficacy rate of just over 50 percent, once people who experienced mild symptoms were included. That level is a hair above the threshold set by the World Health Organization to consider a vaccine effective. In a news conference last week, Sinovac’s chief executive officer, Yin Weidong, reiterated that the vaccine was 100 percent effective in preventing severe cases. He said the lower efficacy rate was a result of the trial’s focus on health care workers, who had a higher propensity of contracting Covid-19 than the general population.

Jair Bolsonaro, Brazil’s president and a critic of both China and its Covid-19 vaccines, pounced on the data. On Jan. 13, he mocked the vaccine’s efficacy rate, asking a supporter: “Is that 50 percent good?”

To be sure, the Chinese vaccines have a big appeal to many countries. More than 40 countries have expressed an interest in importing Chinese vaccines, according to China’s Foreign Ministry. Several world leaders, including President Reccep Tayyip Erdogan of Turkey and President Joko Widodo of Indonesia, have gotten a Sinovac vaccine.

But the spotty and inconsistent disclosures about the vaccines remain a problem. Sinopharm has said a vaccine candidate made by its Beijing Institute of Biological Products arm has an efficacy rate of 79 percent, but it did not disclose crucial details. Sinopharm didn’t respond to a request for comment.

In Hong Kong, a special administration region of China that has ordered 7.5 million doses of the Sinovac vaccine, officials have not received an application for emergency distribution nor any data from the Chinese company.

“Whether it is because they are not making enough or if they have no plans to send the vaccines to Hong Kong yet, I don’t know,” said Dr. Lau Chak Sing, who heads a Hong Kong government advisory panel on Covid-19 vaccines.

Data disclosure has also been an issue in the Philippines, which has secured 25 million Sinovac vaccine doses. Risa Hontiveros, an opposition lawmaker, said President Rodrigo Duterte’s administration “continues to cram their preference for Chinese-made vaccines down the public’s throat, without emergency use approval and with inconsistent data.”

Leila de Lima, a senator and opposition leader who is in prison, expressed anger that the government was paying $61 a dose, more than double what Sinovac’s partner in Indonesia is paying. The presidential palace said that that price was overstated but that it couldn’t divulge the real ones because of a confidentiality agreement.

Despite the uncertainty, many people may have little choice.

“I’ll have my jab,” said Kayihan Pala, a member of the Turkey Medical Association’s Covid-19 monitoring board. “I am waiting my turn, because there is no other option.”

Reporting was contributed by Letícia Casado, Tiffany May, Elsie Chen and Jason Gutierrez.