Facebook's Oversight Board to rule on Trump ban 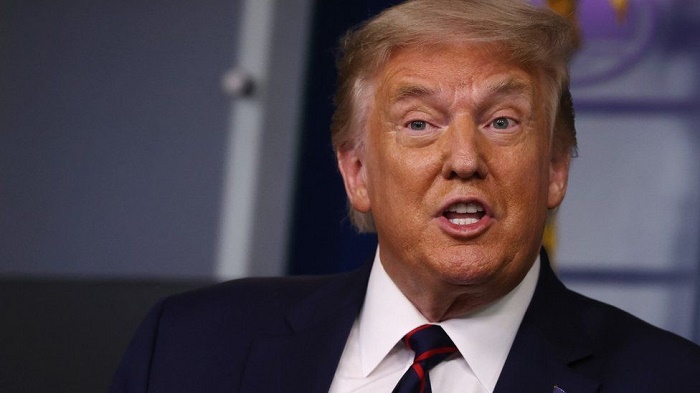 Facebook's suspension of President Donald Trump's account is to be reviewed by its new Oversight Board.

The company set up the board, which it says is independent, last year, to rule on controversial moderation decisions.

Mr Trump, whose account was frozen "indefinitely" on 7 January, will be able to submit a user statement to a five-member case-review panel.

Its ruling will be binding and apply to Instagram also. Twitter has already given Mr Trump an outright ban.

After Pro-Trump protesters stormed the US legislature, Facebook chief Mark Zuckerberg said: "We believe the risks of allowing the president to continue to use our service during this period are simply too great."

On Thursday, the Oversight Board said it had been "closely following events in the United States and Facebook's response to them.

The case will be assigned to a five member case review panel.

Mr Trump will have the ability to submit a user statement explaining why he believes the suspension should be overturned.

But critics say it lacks teeth, merely allowing Facebook to outsource difficult decisions, and question why no cases were reviewed before the US elections in November.

Other current cases the board is ruling on include:

A screenshot of tweets by former Malaysian Prime Minister Mahathir Mohamad, in which he wrote: "Muslims have a right to be angry and kill millions of French people for the massacres of the past"

Photos of a dead child, fully clothed, with text in Burmese asking why there was no retaliation against China for its treatment of Uighur Muslims