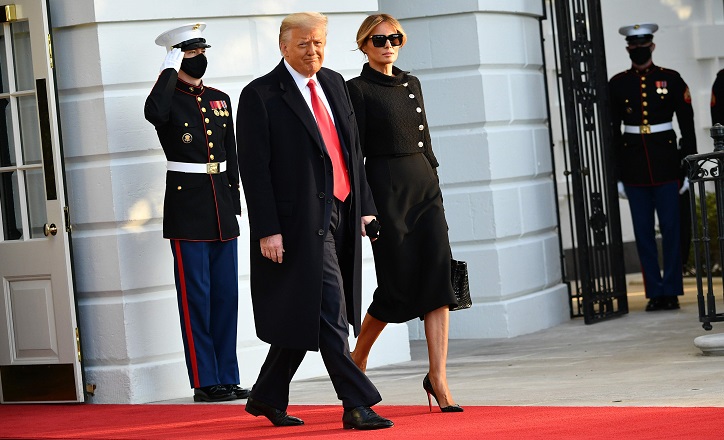 US President Donald Trump and First Lady Melania make their way to board Marine One.

US President Donald Trump left the White House for the final time on Wednesday, heading by helicopter to a nearby military base where he will fly to Florida, skipping the inauguration of successor Joe Biden in an extraordinary break with tradition.

Trump, 74, and First Lady Melania Trump walked a short red carpet and boarded Marine One on the White House lawn on a sunny but chilly day in Washington for the short flight to Joint Base Andrews, where he will board Air Force One.

In brief remarks to reporters, Trump said it had been an "amazing four years" and the "honor of a lifetime."

"I just want to say goodbye," he said.

Trump will be at his Mar-a-Lago resort in Florida when Biden is sworn in at noon (1700 GMT) as the 46th president of the United States.

A more elaborate departure ceremony is planned at Joint Base Andrews including a 21-gun salute and remarks by the outgoing president, the first to skip the inauguration of his successor in more than 150 years.

Trump repeatedly and falsely claimed that he won the November 3 presidential election and his supporters stormed the US Capitol on January 6 in a bid to disrupt the certification by Congress of Biden's victory.