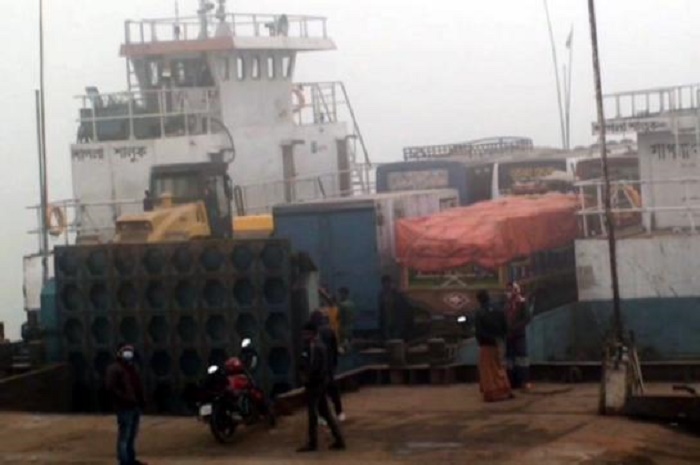 Ferry movement on the Paturia-Daulatdia route has resumed after eight hours of suspension to avert any untoward incident due to dense fog.

The ferry movement resumed after 11:00 am on Tuesday when the dense fog started to disappear,

Deputy General Manager (DGM) of Bangladesh Inland Water Transport Corporation (BIWTC), Paturia terminal, Zillur Rahman said the ferry services on Paturia-Daulatdia route was suspended from 3:00 am on Tuesday due to poor visibility as the dense fog blanketed the river route.

The authorities suspended ferry services because of low visibility to avoid unwanted incidents, he said.

Earlier, the ferry service was suspended from 3:00 am early hours of Tuesday. So, the number of waiting vehicles has increased in both the ferry terminals of the route due to the closure of ferry services.

Suspension of ferry services due to poor visibility is a common occurrence during winter in Bangladesh.