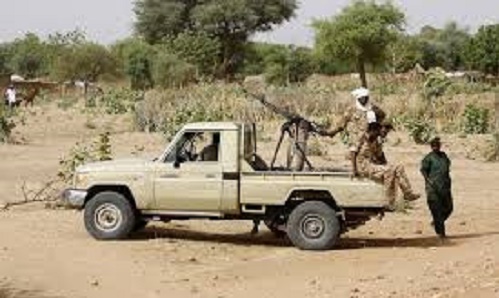 At least 48 people were killed and 97 others injured in an attack by armed militias in El Geneina, the capital of Sudan's West Darfur State, official SUNA news agency reported on Sunday.

"The bloody events are still continuing in El Geneina city starting from Saturday morning, which left around 48 people dead and 97 injured according to our statistics," SUNA quoted the Doctors' Committee in West Darfur State as saying.

The committee urged the government to provide means of transport accompanied by security forces and medical cares, according to the report.

The Council of Ministers, in the meantime, sent an urgent high-level delegation to El Geneina to follow up the situation and address the issue to restore calm and stability in the state.

Meanwhile, local authorities in West Darfur on Saturday imposed a curfew in the wake of the incidents.

West Darfur State's Governor Mohamed Abdalla Al Doma decided to designate the regular forces to end the violence started by a fight between two citizens in El Geneina, in which one of them was killed.