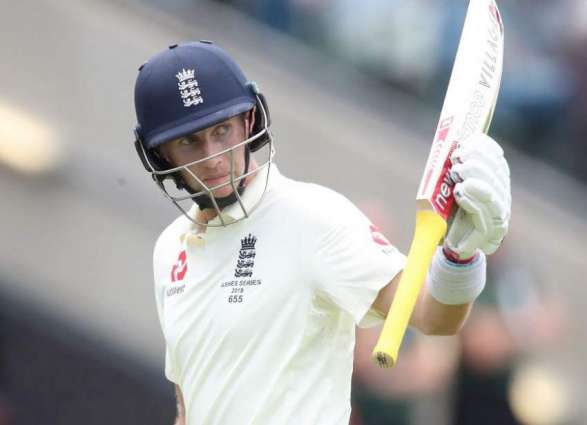 Joe Root on Saturday completed his fourth Test double century but ran out of partners as his England team threw away wickets against Sri Lanka before he could reach his career best.

The 321 ball innings with a six and 18 fours played a crucial role in England building a 286 run first innings lead over Sri Lanka.

It also reaffirmed Root's return as one of the world's top batsmen after a barren 2020. It is the first time he has reached three figures in a Test since his 226 in New Zealand in November 2019. Root also scored an unbeaten 200 against Sri Lanka at Lord's in 2014.

Root added the 32 runs required from his overnight score in less than an hour on the third day, hitting a four off spinner Lasith Emuldeniya to reach 200 in the empty Galle stadium.

The 30-year-old acknowledged applause from his teammates in the pavilion as well as lone England fan Rob Lewis watching from a historic fort overlooking the ground. Lewis has been waiting for the match in Sri Lanka for 10 months since it was postponed in March.

Root finally went caught by Emuldeniya on the boundary as he went for a six off Dilruwan Perera.

But while England have a big lead that gives them hope of victory without batting again, it was not the "ruthless" display that Root had demanded on Friday.

Seven wickets fell in the session to the Sri Lankan bowlers who had struggled so much on the second day.

In the next over Root hit his landmark four off Emuldeniya but Dom Bess was run out as the tourists suffered a bout of nerves.

Sri Lanka were bowled out for 135 on the first day of the first of the two Tests, both to be held in Galle behind closed doors.