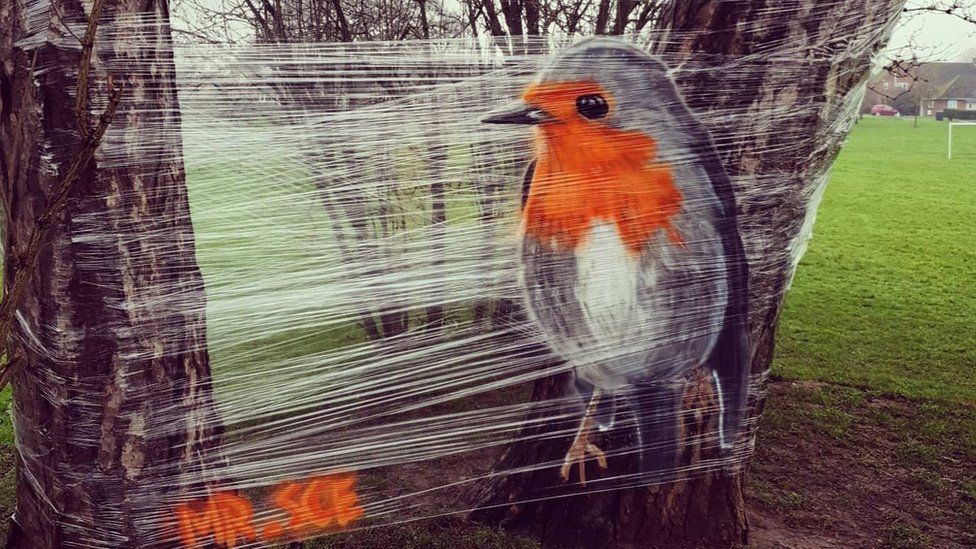 Large nature-themed murals have started to pop up in a Worcestershire town, painted on cling film.

The impromptu works in Pershore have been created by a graffiti artist who goes by the name of Mr Sce.

He said he wanted to "make people happy" with his creations, after rediscovering a love of art during the Covid-19 pandemic. 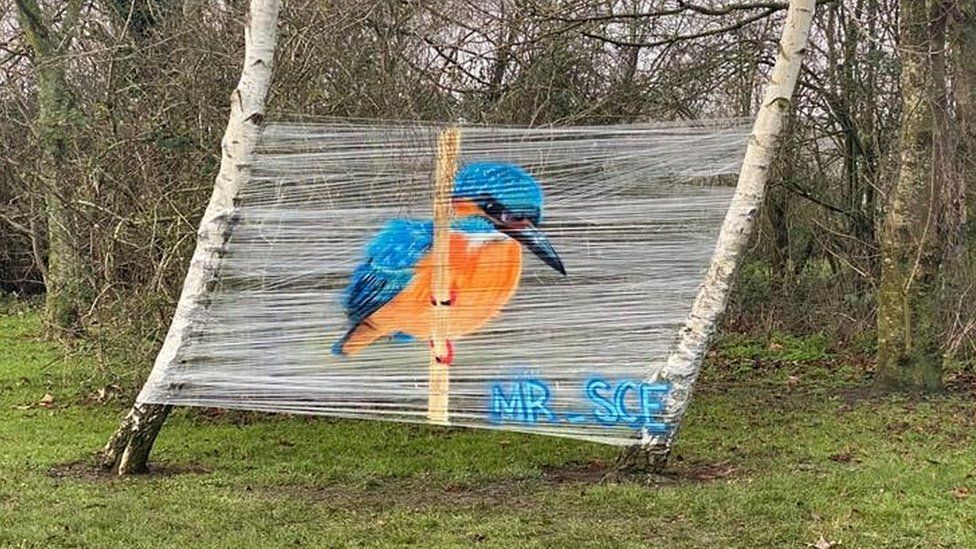 One local person dubbed him the "Pershore Banksy", although the style of his latest work is very different.

The pieces, featuring different animals are painted on cling film, wrapped around trees - a technique Mr Sce said was inspired by another graffiti artist.

He said it allowed the art to blend in with their surroundings. 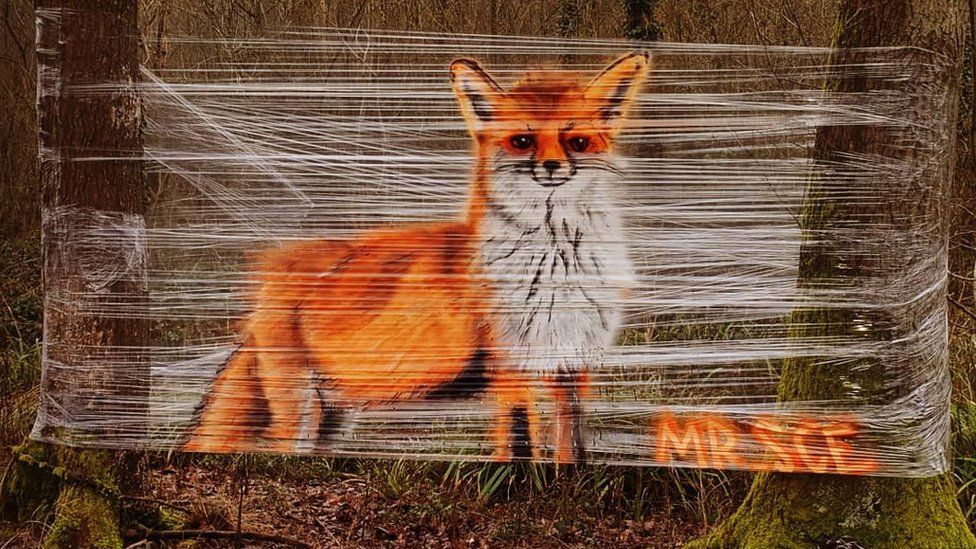 "Honestly, it has been a little bit overwhelming," Mr Sce said.

"I didn't think there would be much interest. I thought a few kids might think 'That's cool,' but so many people have reached out and said thank you.

"It shows how much people need a little bit of something nice."

He said his love of art was reinvigorated last year, after painting two large boards in honour of the NHS - the first time he had painted in more than six years.

He posted on Facebook asking for spaces to do more creations, and was recruited to paint a mural at Pershore Town Football Club in honour of long-standing supporter Stuart Walker, who died early in 2020.
Ms Marler said she has seen families out walking to try and find all the artworks.

"It is just such a feel-good factor. Everything at the moment is so negative, it is something quite nice nice to uplift us," she said. 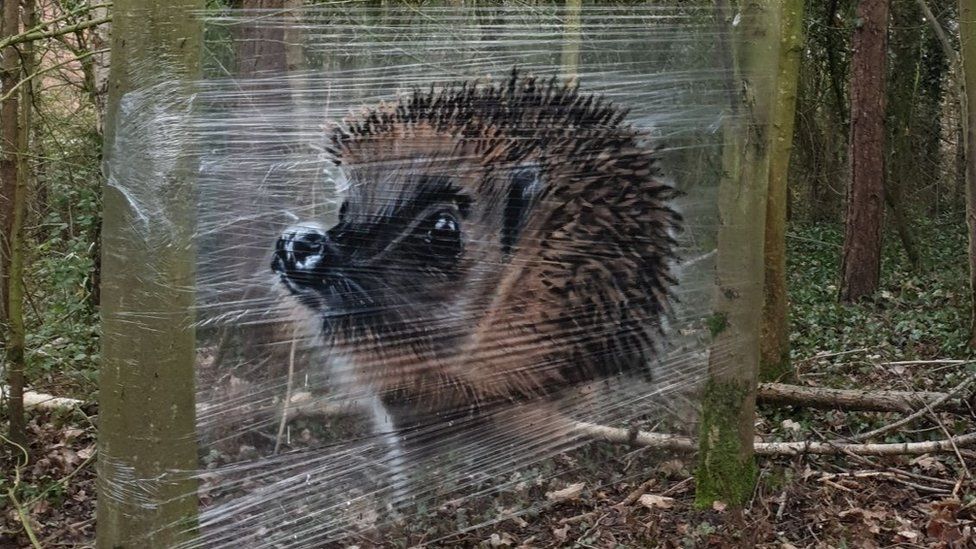 An image of a fox has recently been taken down, Mr Sce said, and he has plans to put up new pieces for people to discover in the coming days.