No alternative to efficiency in power sector: Nasrul 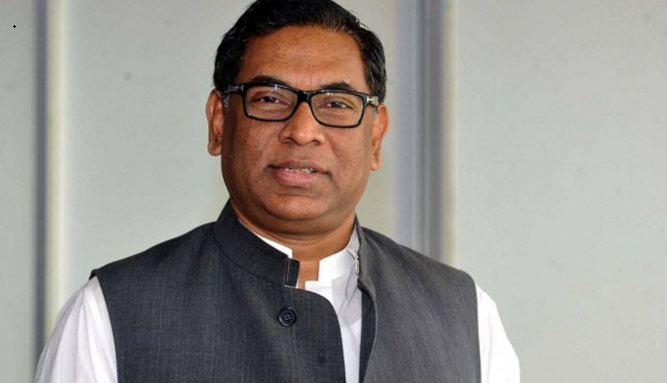 State Minister for Power, Energy and Mineral Resources Nasrul Hamid said on Tuesday there is no alternative to increasing efficiency in power sector.

“It is necessary to implement steps, taken by the ministry, for modernisation of the transmission and distribution system aimed at increasing customer service,” he told a programme virtually.

The programme was held marking the submission of the probe report by the investigation committee formed earlier over 132/33Kv grid sub-station, Kumargaon, Sylhet, fire incident that took on November 17, 2020.

Nasrul Hamid said cyber security and physical security instructions are needed to ensure safety of each grid or power plant.

Officials and employees raise the issue of lack of manpower but they are not sincere to upgrade themselves, he said.

The state minister said that irresponsibility of those, who were in-charge in maintenance and management, was mainly responsible for the accident.

“They cannot avoid responsibility for the sufferings and financial losses caused due to power outage in Sylhet region,” he said.

Making directives to implement recommendations of the probe report immediately, Nasrul said the pace of power related works cannot be slowed down under any circumstances during the Covid-19 pandemic.

The probe committee made some recommendations including separation of DC system, installation of close circuit television cameras (CCTVs), increasing grounding system in time along with proper development/expansion, repair of underground control cabling system urgently, separation of power transformers attached to 132/33 Kv parallel for controlling fault level and ensure quality of other important equipment.