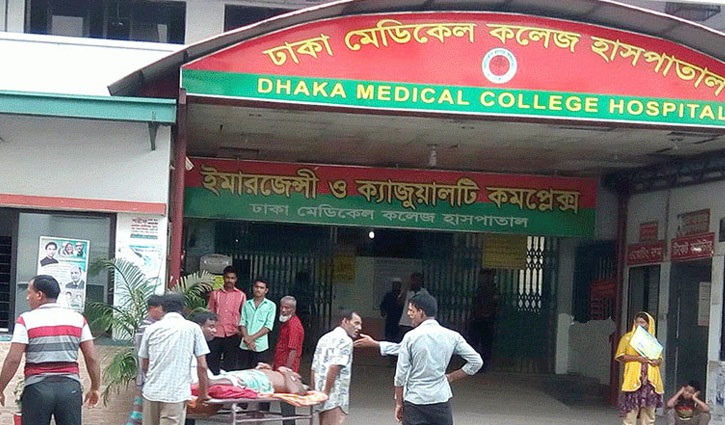 The government has suffered a huge loss of Tk 360.83 crore as massive corruption and other irregularities were reported at nine public hospitals in the capital in the 2019-2020 fiscal year.

During a recent audit, the health audit department has found 84 serious objections, out of 95 financial irregularities, in those hospitals.

Irregularities have taken place in the procurement of medicines, chemicals and reagents, equipment and other things in the name of the coronavirus pandemic, causing the loss of money, an audit report says.

The autocratic decisions by the hospitals’ authorities and involvement of officials in the anomalies have widely been blamed, it added.

Directorate General of Health Services (DGHS) Spokesperson Dr Habibur Rahman told the Daily Sun that the audit objection is nothing serious. All will be resolved in reply to those objections.

“It’s natural that audit is conducted in every office and some audit objections are raised. It’s not irregularities,” he said.

The audit found some 20 reasons for such anomalies, including, less collection of VAT and AIT from the suppliers as per NBR regulations, buying Medicine and Surgical Requisites (MSR) products at high prices than MRP, waste of allocation by purchasing MSR products than the needs, financial anomalies by procuring equipment and repairing without tendering, breach of deeds, irregularities in the storeroom, violation of Delegation of Financial Power2015 alongside breaching PPA-2006/PPR-2008 for failing work order to suppliers on time.

It was also found that the government has suffered the loss due to the purchase in violation of approved yearly procurement plan and directive of ministry, collect medicine, saline and other things from vendors despite availability of stock provided by Essential Drugs Company Limited (EDCL) and public health institute, provide full bill to contractor before completion of work, not taking depository money and fine due to delay of completion of work.

The audit has identified a reason behind the loss of the government including, receiving of heavy equipment forcibly supplied by Central Medical Stores Depot (CMSD) amid of necessity, giving payment to suppliers without taking goods, issuing work orders without assessing market price, giving work order and bill without signing deed, and purchasing equipment by over invoicing as per their blueprint.

According to the report, allegations have been raised against Suhrawardy Hospital including absence of signing deed with contractors, intransparent is issuing work order to lowest bidder, receiving goods with verifying and procuring MSR goods out of demand.

Allegations have raised against Mugda General Hospital including went tendering without sufficient allocation, officials involved in collaboration with suppliers in procuring MSR products and giving bill without receiving goods. Besides, KBMGH has bought goods then the actual price, did not form survey committee, etc. While KGH involved in procuring MSR products at an extreme price. The report also found similar reasons in procurement anomalies DMCH, SSMCH, DDCH, NICDH and NITORH.

Additional secretary admin wing of health services division Md Muhibur Rahman, who is also in additional charge of hospital and public health, refrained from making any comment as he doesn’t know anything about it.

While contacted, additional secretary of audit and financial management unit of health services division Mohammed Shahadat Husain told the Daily Sun that they would settle those objections through proper answer.

“Otherwise, money would be recovered from those liable persons,” he said.

“If any other intention is found, a legal action will be taken against them for embezzlement of money,” he said.