Kenya to stage drama on Bangabandhu at university, theatre and on buses 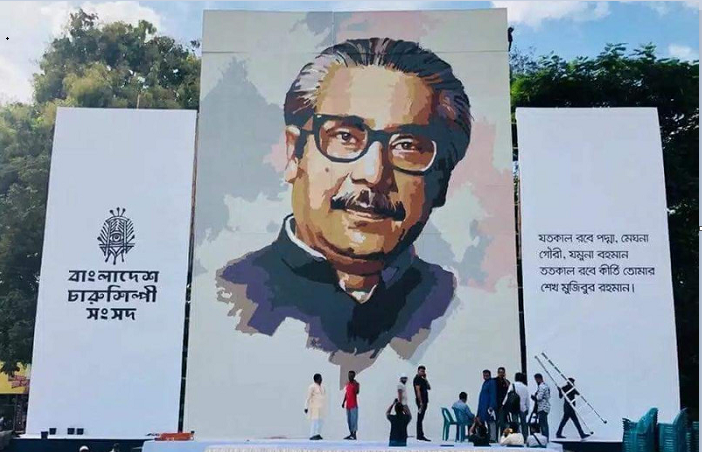 Kistrech Theatre International in collaboration with Kenyan state-run educational institute, Kisii University will perform a play on Bangladesh’s Father of the Nation Bangabandhu Sheikh Mujibur Rahman on university campus, at theatre and on buses in Nairobi and Kisii city in October 2021.

Bengali-Swedish poet and playwright Anisur Rahman has written the play, ‘I am Sheikh Mujib’ which is an epic monologue on Bangabandhu’s life and works, said a press release.

The play will be staged marking the birth centenary of Bangabandhu.
Internationally well-known Kenyan theatre academic, theatre director and poet Christopher Okemwa is directing the play along with two other plays by the same author as part of the theatre course program at his university.

Students of theatre at Kisii University will study and research on Anisur’s three plays including, ‘I am Sheikh Mujib’, ‘Dawit Isaak’ and ‘Minister and Wolf’.

Anisur Rahman is scheduled to make his visit to Kenya to deliver lectures, take part in views exchange and reading at Kisii University and Kistrech Poetry Festival in connection with the performance of the plays.

Recently, a leading theatre in Kathmandu called the One World Theatre premiered the play in Nepalese and English language.

About the plays, Kistrech Theatre International director and teacher of theatre and poetry at Kisii University, Dr Christopher Okemwa, said, “The play, ‘I am Sheikh Mujib’, the epic piece, tells insight of colonial as well as post-colonial perspectives of Indian subcontinent, for instance Bangladesh.”

In all the three plays, human rights are violated. “Human rights violation is a universal theme and the plays are very relevant to our society in Kenya and contain suitable materials for our drama students,” he continues.

The epic monologue, originally written in Bengali, depicts the twentieth century freedom struggle of the Indian subcontinent through the voice of Sheikh Mujibur Rahman – from British colonial times to the first tentative years of independent Bangladesh under his leadership. Along the way, this political struggle was, to a large extent, also about the right to one’s own language.

Educated at Dhaka University and Stockholm University, poet and playwright Anisur’s authorship is based in Bangladesh and Scandinavia. Swedish Writers’ Union’s board member Anisur’s literary works include prose, poetry, play, novel, short story and books for children. His plays have been presented at theatres in Asia and Europe.