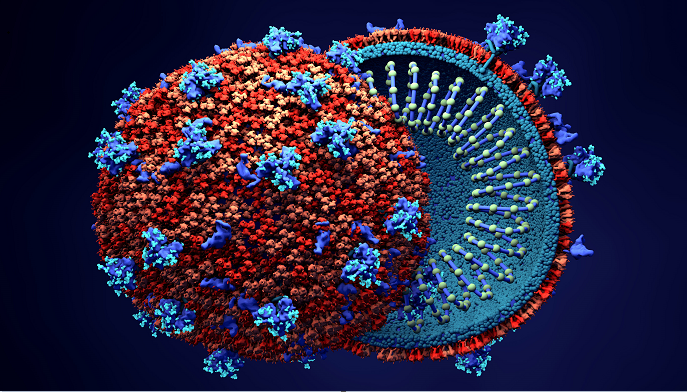 The reported detection of a new Covid-19 variant in Bangladesh having some similarities to the one spotted in the UK has triggered panic among people.

But health experts in Bangladesh think this strain is less virulent since it mutates with its local characteristics.

They advised people not to be worried about it, but remain cautious, strictly maintain health safety rules and avoid public gatherings together with their kids as children look vulnerable to this variant.

The experts urged the government to stop flight operations with the UK for a few weeks and strengthen monitoring and screening at the airports to prevent the import of the new Covid variant identified in the UK which is up to 70% more infectious than the previous one.

On Thursday, scientists at the Bangladesh Council for Scientific and Industrial Research (BCSIR) said a new strain of coronavirus detected in Bangladesh in early November which has similarities to the new variant of the virus found in the UK.

Dr Selim Khan, principal scientific officer of the BCSIR, said they identified the new strain through the latest sequence of coronaviruses in the first week of November.

He said they found the new strain almost similar to the one identified in the UK. “But it’s not cent percent the same.”

Characteristics of new strain not clear yet

Public health expert MH Chowdhury (Lenin), chairman of the medicine department at the Health and Hope Hospital, said the characteristics of the new strain identified in Bangladesh is not still clear.

“There weeks have elapsed since the new strain identified in Bangladesh but there’re no big change in the virus infection, mortality and severity rates. So, we can say there’s no reason to be panicked over it,” he said.

“If we examine the corona infection rate over the last three weeks in Bangladesh, we won’t find any upward trend. So, a static situation has been prevailing in the country unlike in the UK,” he observed.

Dr Lenin thinks the BCSIR should work on the new strain further. “It’s a premature announcement that Bangladesh’s new strain is similar to the UK’s one. It has unnecessarily spread panic among people.”

ASM Alamgir, principal scientific officer at the IEDCR, said people in Bangladesh should not get worried about the new strain found in the country.

"There’re various mutations in coronavirus proteins all over the world. Changes are also taking place in Bangladesh and the new change is said to be similar to that in the UK. That means it's not exactly the same as in the UK,” he said.

Alamgir said virus like Covid one used to mutilate to survive. “The virus and its severity either become weaker or stronger through the mutation.”

The IEDCR scientist said the new coronavirus variant found in Bangladesh is not deadly. “Though many experts are talking about rapid spread and transmission capability of the new strain, Bangladesh did not witness anything like that over the last one month.”

Alamgir urged the experts not to make any unnecessary comment and disseminate unverified and wrong information through media that only trigger tension among people.

Dr Lenin said the virus infection rate among the children has marked a rise over the last few weeks. “It seems the new strain is a bit lethal for children.”

Besides, he said, people are joining various social functions together with their kids during the winter without wearing masks and properly maintaining health hygiene and social distancing rules. “That’s why children alongside adults are being infected with corona.”

The health expert said the guardians must remain careful about taking their children to crowded places and social functions. “They should also strictly maintain health safety rules and encourage children to wear masks and wash their hands with soap after touching any substances.”

Dr Lenin said the new strain that found in the UK has already spared to Singapore and some European countries.  “This strain is up to 70% more infectious, though it is not thought to be very deadly. It’ll mount pressure on the hospitals if the strain can spread to our country.”

He said the government should consider suspending flights with the UK to prevent the import of this strain. “If the government feels problem to stop the flight operation with the UK, then those who’ll come from that country should be kept in quarantine mandatorily for at least 10 days under the supervisor of the government.”

“Even those who’ll arrive with negative certificates should be sent to quarantine as they may get transmitted with the virus during their travel time. So, we shouldn’t depend on the negative reports regarding the UK passengers,” the expert observed.

Besides, he said, the government should also increase its monitoring on the passengers of Singapore. “The number one standard of tackling any pandemic is to restrict the entry of the disease or the infected people.”

ASM Alamgir said the government has already strengthened its monitoring at the airports. “No one will be allowed to enter Bangladesh without Covid -- negative report. We took action against some airlines last week for carrying passengers without PCR test report, and now no passenger is coming without the test report.”

Alamgir said they have already instructed the airport authorities to separately examine the passengers coming from the UK. “If any passenger from the UK comes without Covid negative report, we’ll send him/her to quarantine.”

He said the new strain will not hamper the government’s vaccine drive as the Covid vaccine will be effective for all mutilated variants.